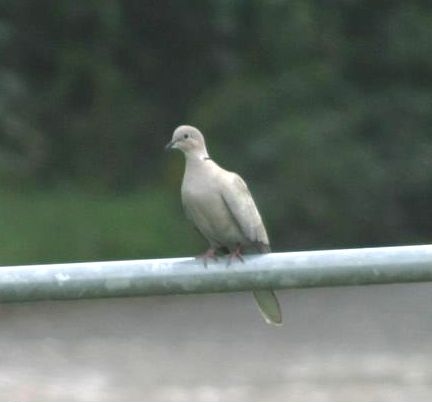 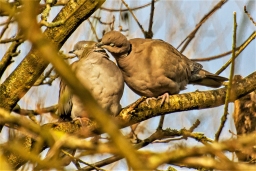 Abundant and widespread resident throughout the British Isles and Europe.  Breeding range extends to Southern Scandinavia, Western Russia, Northern Mediterranean coast to Turkey, Corsica, Sardinia, Crete and Cyprus.  Found more rarely in the Near East, Iraq and in Northern Egypt.  Has bred in Iceland and has recently colonised Morocco.  Most birds are resident but some younger ones disperse usually westwards, which has resulted in the species colonising most of Europe in the last 50 years.  Usually found in open areas with scrub or trees and usually associated with man, it used to be found in cultivated areas but is now mainly resident in urban habitats where it feeds in gardens and parks.  U.S. populations originating in Florida (from an inadvertent release in the Bahamas in the 1970s, spreading to South Florida), are rapidly expanding to the north and west.

Rare until the 1930s, it was only found in its original habitat around India & Sri Lanka.  It then spread rapidly through the Middle East and Europe arriving in England in 1955 and in Scotland in 1957.  At first it received high legal protection resulting in a few prosecutions in the early 60s.  Legal protection was then rescinded in the early 80's at which time it was regarded as a pest.  its remarkable success is mainly due to its breeding throughout the year, potentially producing several broods each year.

Usually 31–34cm (12–14in) with a wing span of 63–70cm (24–28in), generally a grey with pink tinge, especially on the chest.  Distinctive black collar marking on the neck edged in white, dark primaries and pale gray–brown mantle with a silvery patch on the wing wrist.  The wing undersides are white, dark eyes and bill and red legs.  its call is a repeated "kuk–kooooo–kuk".  Easily adapts to human settlement and will be found in towns, agricultural areas and suburbs.  Nests during most of the year in trees, buildings and other man–made structures laying two white eggs.