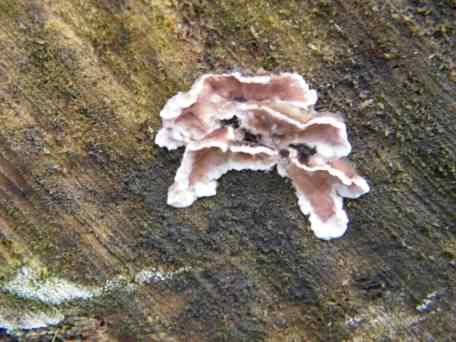 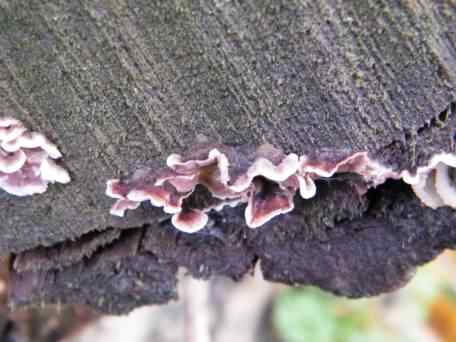 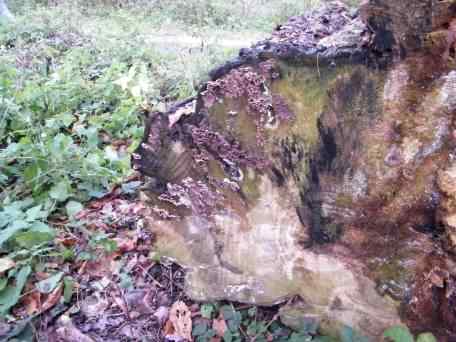 The Silver leaf fungus is a common progressive and often fatal disease affecting mainly species in the Rosaceae (Rose) family and other broad leaf trees, the fungus name "Silver Leaf" refers to a gradual silvering of leaves on affected plants which then die off.  In Brickfields Park it is most often seen on decaying logs and tree stumps.  The usual infection method is by airborne spores infecting newly exposed wood through cuts in a trees bark.  It can affect Apples, Pears and especially Plums.

Often seen on the ends of felled timber starting as a whitish crust becoming larger and rubbery over a period of several weeks after which it dries out becoming a darker beige.   Undulating brackets develop a purple colouration with a white edge.  It can be seen at any time of the year.  The fungus id commercially sold as a system for controlling the growth of forestry weed trees; however its effectiveness is apparently limited.