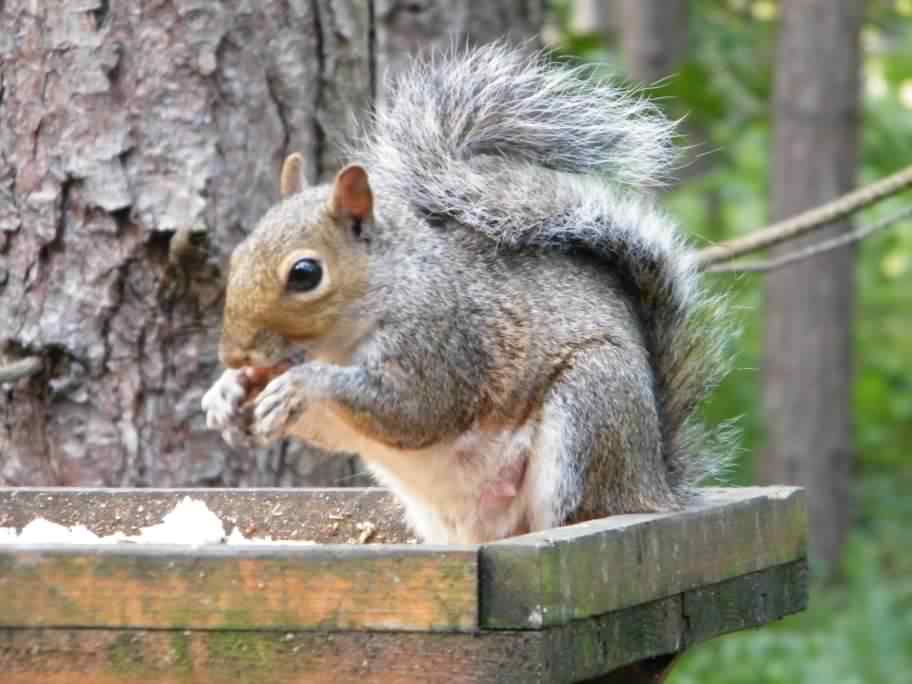 Naturalised to the British Isles, the Grey Squirrel was introduced from North America in 1876.  Common throughout the country and with few natural predators the grey Squirrel has largely displaced the native Red Squirrel – Sciurus vulgaris (photo right) which is now localised to a few small isolated areas of the UK.  On the South coast, Brownsea Island in Poole harbour has one of the last colonies of Red Squirrel in the South, the Isle of Wight is also free of the Grey Squirrel.

It is now classed as a pest species which used to have a bounty for animals removed from the wild.  The bounty scheme has long since cease which in some part has helped its colonisation of the UK.  Trapped, rescued sick or injured Grey Squirrels are not allowed to be returned to the wild under the Wildlife and Countryside Act 1981, which makes such a release illegal.  These animals should be humanely destroyed.

The Grey Squirrel will be found in woodland, parks and urban areas, and can become reasonably tame.  Body size is about 30cm (12in) of a mottled grey, it has a long thick bushy tail, its colour changes during the year and can become almost reddish, but it does not have the tufted ears of the Red Squirrel which is smaller than the Grey.  It feeds mainly on nuts that it gathers and then stockpiles for the winter, it raids bird tables and other food sources, being extremely agile and able to work out a route to food supposedly placed out of its reach.