Assault in Brickfields .....
POLICE have stepped up patrols after a man was attacked in Aldershot.

The 27-year-old victim was walking in Brickfields Park when he was approached from behind by a black man and assaulted on Thursday at about 7.15pm.  Hampshire police said they are continuing to establish the exact circumstances and are appealing for witnesses.  Detective constable Andy Sullivan, from Aldershot CID, said:

"We are trying to trace anyone who was in Brickfields Country Park area and may have seen the attack or noticed anyone acting suspiciously.   We would also like to speak to anyone who was in Boxalls Lane around the same time who noticed anything unusual.  The increased police activity in the area is to ensure we achieve this as quickly as possible and our colleagues from the local Safer Neighbourhoods Team will maintain a visible presence in the area."

Anyone with information about the attack should contact detective constable Sullivan on 101 or call Crime stoppers anonymously on 0800 555111. 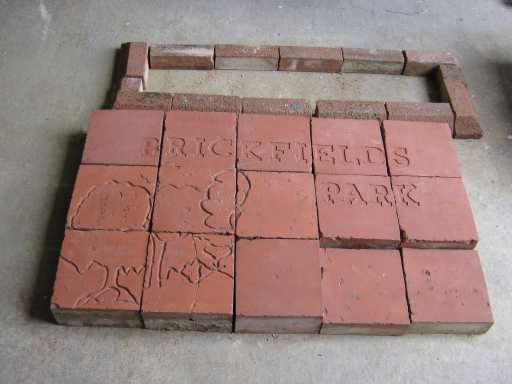 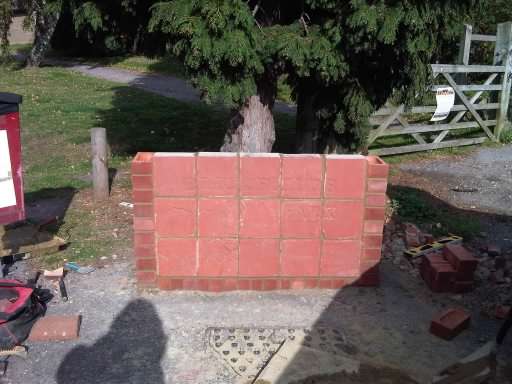 Brick plinth re-built .....
You may recall that quite a while ago our Brick plinth that had been relocated to beside the gate when the car park was re-surfaced, suffered quite a bit of damage from people badly parking their cars.

We had put the constituent parts onto storage and after looking around for a builder to help out with the plinths re-building we were eventually helped out by Bricks & Bread Sustainable Living Centre on Church Lane, a new venture in Aldershot.  Their resident handyman and all round expert did did an excellent job for us, our grateful thanks go to them.