We have just heard from the contractors that pending licenses and test results, the regeneration works should be starting at the end of July or early August and take 8–12 weeks.  Large diggers will be onsite for some of the time and given the nature of the work it will be somewhat messy, a number of trees will be felled in addition the ones already removed by our volunteers.

Parts of the site will be restricted to public access and we also ask that you keep dogs under control and out of the general area of the workings.  The remainder of the park will be open as normal. 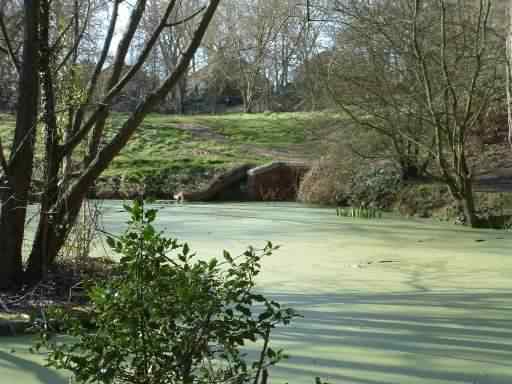 Brickfields Park Pond is in need of a helping hand, as a man-made feature it does not possess the self-healing properties of a natural pond and has become clogged with silt, rotting vegetative and decaying organic material.  For many years after its opening in 1985 the pond has done well with a diverse range of aquatic plant life and animals, however, in 2005-2006 the pond became infested with Duckweed, this covered the whole surface area with a thick impenetrable mat of green organic matter and along with climate influences the pond went into decline.  High levels of shade from the maturing bank-side trees and decreasing water quality feeding directly from the higher residential roads of the Crown Estate drainage system have also had a negative impact.

Last year Rushmoor Borough Council appointed ADAS Consultancy to undertake habitat surveys to inform of current condition and produce a 10-year plan.  The Brickfields Country Park Volunteers also carried out silt level tests in order to quantify the volumes and extent of silting and with this information a priority-based remedial work plan was created to improve the aquatic habitat and increase biodiversity.  ADAS Website - Habitat Enhancement of A Country Park.

You may have noticed The Friends of Brickfields Park have already started an important part of this work by trimming and removing tree cover.  This is to open up the pond, and more is required with some of the larger trees due to be removed as overhanging trees shade out the aquatic plant-life and falling leaves/debris significantly increase the amount of silting.  Photos from 1985 show no tree cover at all and the overall health of the pond needs a good level of sunlight to be able to penetrate to the water. 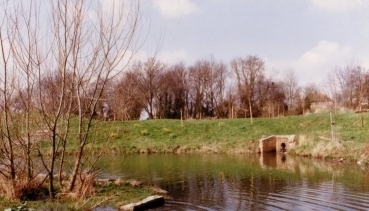 After the Funday in July, our specialist contractor will start the de–silting works.  This will entail bypassing and partially draining the pond to allow specialist diggers to remove the expected 600 tons of debris.  Larger fish will be relocated during the works, to be brought back on completion; smaller fish will survive in the reduced water area.   The extracted material will be dried and recycled on–site, some will be used to create a large filtering reed bed at the inlet, some to reinforce the banking allowing vegetation to grow and stabilise them, any remainder will infill hollows adjacent the pond.

Selected larger overhanging trees will also be felled at this time as machinery will be needed to lift the large trunks from the water once downed.  The de–silting is expected to take 8–10 weeks in total, spread over July to October, large machines will be operating on–site and access to some parts of the pond area will be restricted during this time.  We ask for your co-operation, some disruption and limited access will be inevitable but we hope you agree the end result will be worth it. 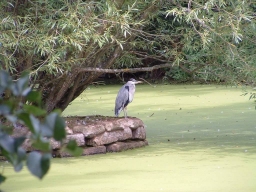 If you have any questions please ask -
- at The Friends of Brickfields Country Park, or
- at Rushmoor Borough Council.