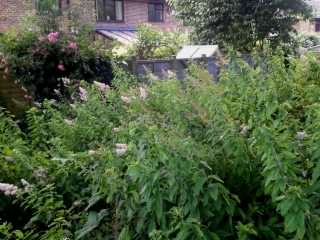 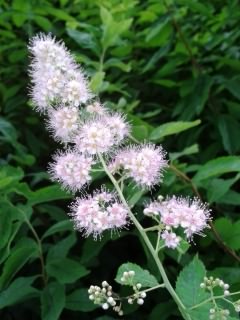 It is not a native UK species but is apparently from the Far East, China and Japan, the plants found in Brickfields Country Park have undoubtedly been dumped there by one of our neighbours.  Generally in flower from February to November they produce fronds of feathery dense blooms in red, white, pink, purple and other assorted colours, on tall stalks with a dense green fern like foliage.  Those found in the park are assumed to be the hybrid varieties "Visions in Pink" or "Venus"