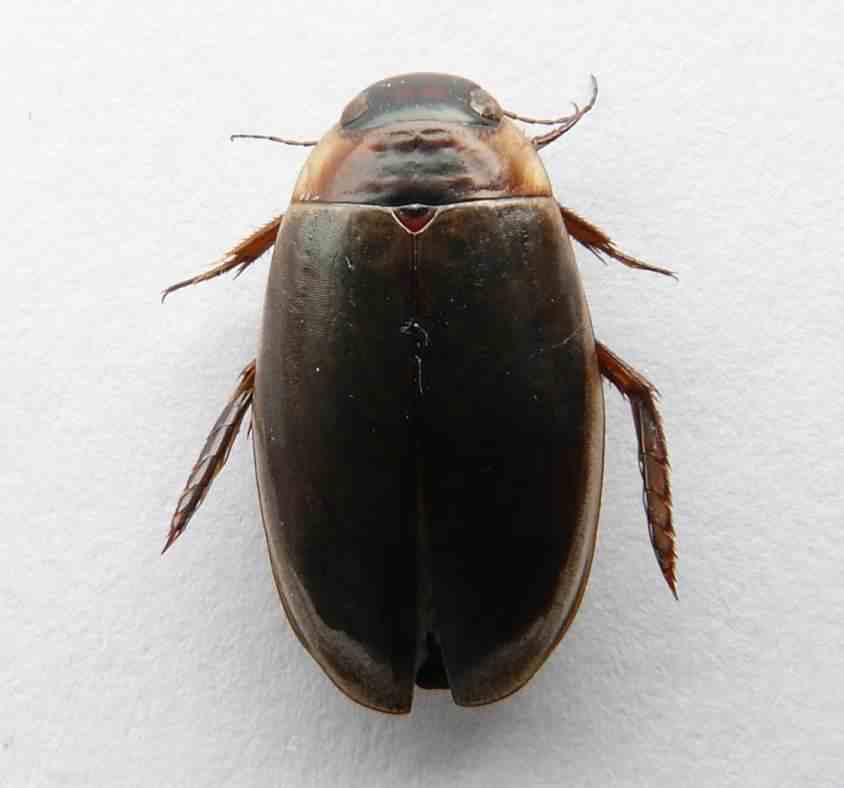 As its name might suggest Colymbetes fuscus is one of the UK's largest aquatic invertebrate beetle species growing to around 20mm (0.8in) in length.  Found in well vegetated lakes, vegetative margins of ponds or slow flowing water, it is a widespread and frequent species that will be seen at any time of the year.

It is a carnivorous beetle species in both the adult and larval stages of its life cycle.  It looks almost black when in the water but on closer inspection it has light brown or straw coloured elytra with a fine network of transverse grooves.  The head and neck shield are a darker brown as is the underneath side.  It will also be found in Europe.