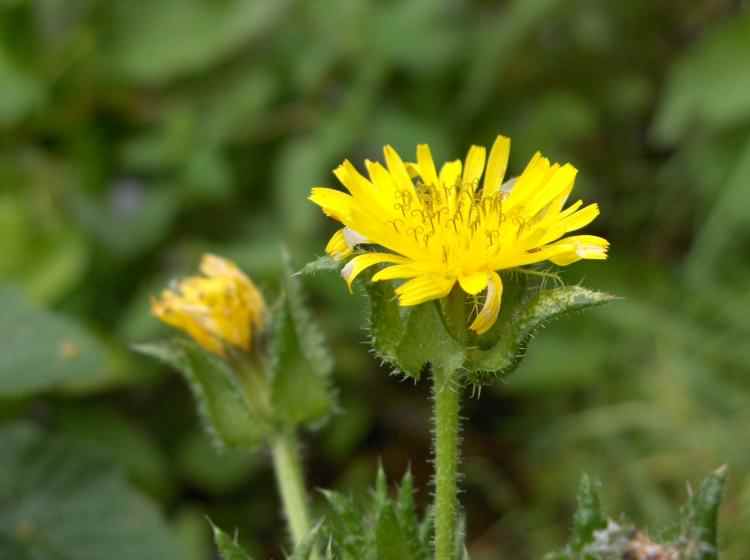 Photo ©2008 Stemonitis
Click any photo for a larger image 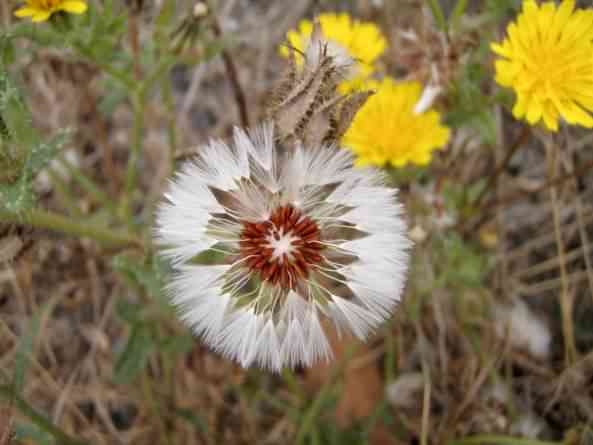 Height up to 90cm (35in).  In the British Isles, it is common in localised areas of Britain only, mainly in the south east.  It is an introduced species to the USA.  It is an erect branched perennial with a furrowed bristly stem with a milky sap growing to 1m (3ft 3in) tall from a basal rosette, usually in dry, disturbed ground, roadsides and open areas.  Narrow clasping lanceolate leaves with a short petiole, are 10–20cm (4–8in) long and covered with swollen based bristles and pale spots.

yellow rayed flower heads in clusters from May to October, which resemble Dandelions grow from the top of the flowering stem, they are 20–25mm (0.75–1in) across subtended by between 3 and 5 large ovate-cordate involucre bracts.  The petals have toothed tips.  They mature to a pale brown seed with a a parachute like tuft of soft white hairs or bristles.

One of the flowers in Linnaeus' flower clock or Horologium Florae, Bristly Oxtongue occupies the 4–5 a.m. opening time.