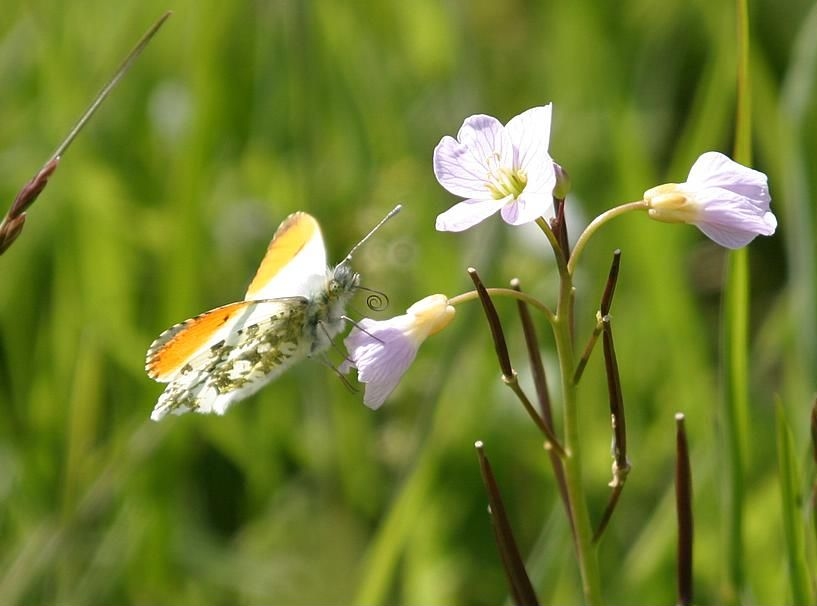 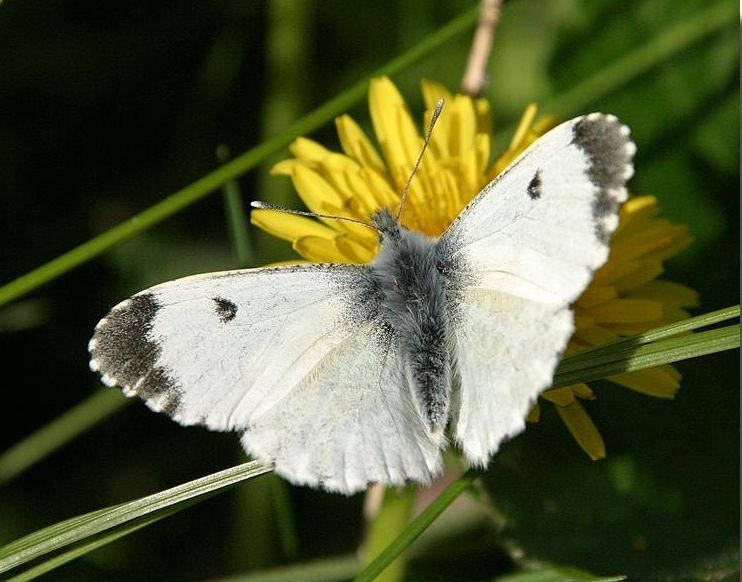 An attractive spring butterfly with a wingspan between 35–45mm (1.4–1.8in), widespread in southern England and Ireland they are a resident species in the UK.  its range extends over Western Europe to China and Japan.  One of the first spring butterflies, seen flying close to the ground in gardens, lanes and forest paths, April to late June, inhabiting flowery glades in deciduous woods.

Sexually dimorphic, males having white forewings with orange outer halves and light brown tips that are very striking in flight.  Females have white forewings with light brown tips.  Both sexes have green and white mottled rear wings.  Produces one generation in a year, blue–green caterpillar with white striped sides is usually found from May to August on Cardamine spp., Cuckoo flower and Cress, the chrysalis hibernates.  Declining in numbers due to drainage of damp localities and meadows and the use of insecticides.