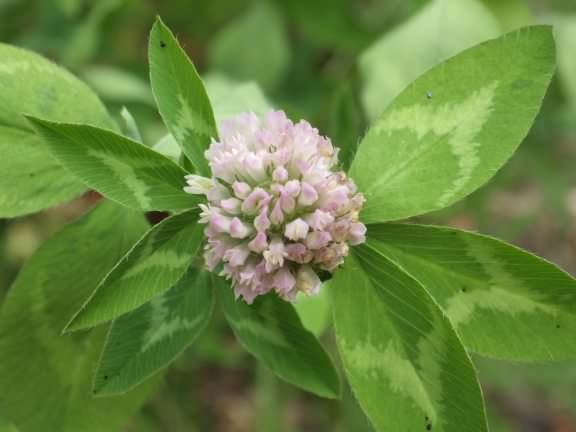 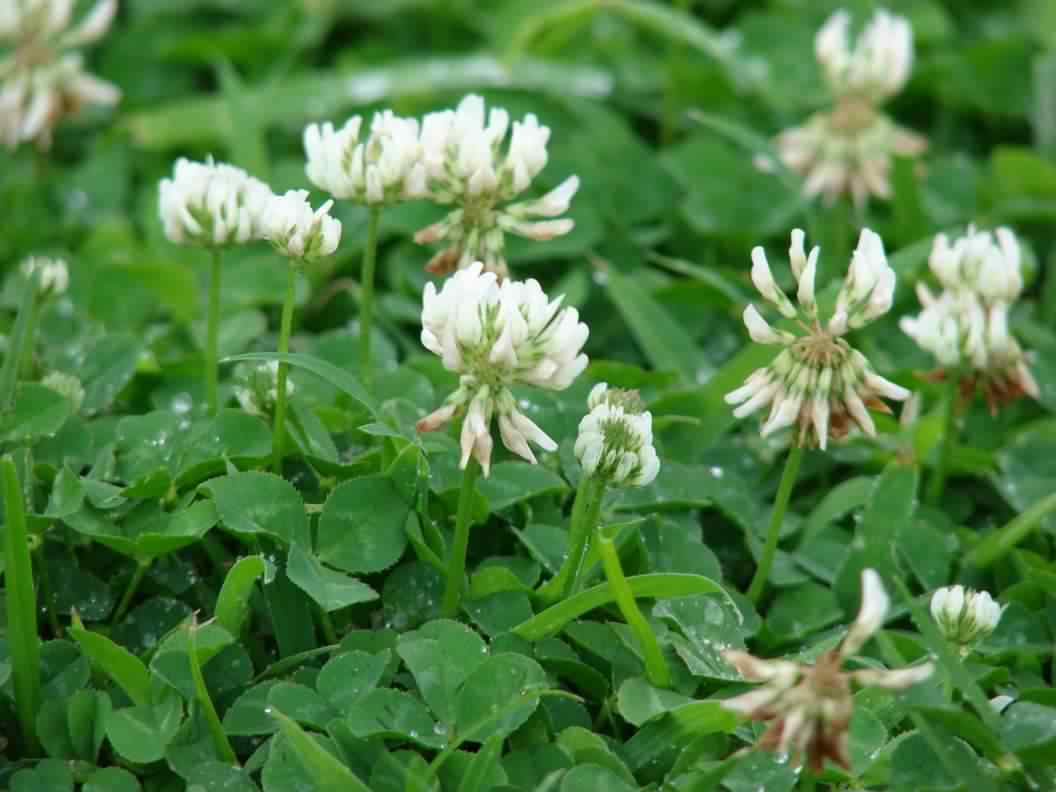 Trifolium repens, the White Clover, is an herbaceous, perennial species of clover native to Europe, North Africa, and West Asia.  It has been widely introduced worldwide as a pasture crop, and is now also common in most grassy areas of North America and New Zealand, occasionally regarded as an invasive weed.  White Clover is in the family Fabaceae (Peas).  It is low growing, with heads of whitish flowers 1.5–2cm (0.6–0.8in) wide, often tinged pink or cream that develops with the aging of the plant.  The Latin genus name Trifolium is derived from "three" and, folium, "leaf", as can be seen in the characteristic leaf form of three leaflets.  Repens, is Latin for "creeping".  The stems function as stolons, so White Clover often forms mats, with the stems creeping as much as 18cm a year, rooting at the nodes.

White clover will grow in turf grass, crops, and in a large number of other landscapes, can tolerate close mowing, and can grow on many different types and soil pH, but prefers clay.  It is considered to be a beneficial component of natural or larvae lawn care due to its ability to fix nitrogen and out–compete lawn weeds.  It is an excellent livestock forage crop being high in proteins, widespread, and abundant.  White Clover was often added to lawn seed mixes as it is able to grow and provide green cover in poorer soils where turf Grasses do not perform well.  The flowers are attractive to bees and can be an important pollen and nectar source, particularly in amenity grasslands where there are few other flowers.

FBCP do not advise or recommend that White Clover – Trifolium repens is eaten or used as an herbal remedy.   The fresh plants have been used for centuries as additives to salads and other meals consisting of leafy vegetables.