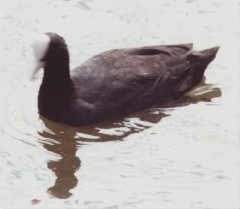 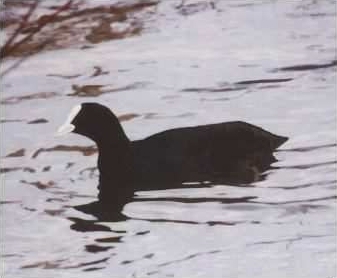 Found over most of Europe and the temperate parts of Australia, Asia and Japan.  Length 38–45cm (15–18in) it inhabits overgrown still or stagnant water, building a nest on the surface or at the margins from vegetation such as rush stems, sedge Etc, often with a connecting "bridge".

Female lays 8–15 mauve coloured black spotted eggs which hatch in 22 days.  The male is black with an orange or red patch on the upper beak and head front area, dark grey underneath with two to three white stripes.  The female is light to mid brown, mottled, with no head patch.  They feed on small aquatic animals, seeds and plants.