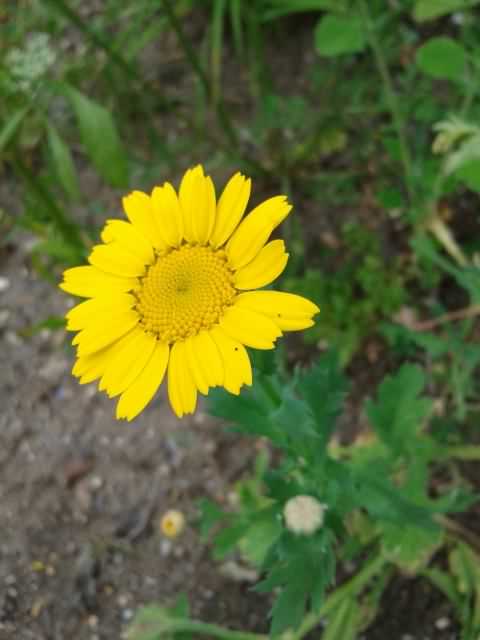 An herbaceous perennial growing to around 80cm (31in) tall on erect stems with oblong sharply toothed grey–green moderately fleshy leaves 5–20cm (2–8in) long arranged spirally on hairless stems from June to October, the leaves have a waxy coating.  Reported as being native to the eastern Mediterranean but widely found naturalised in North America and Europe.  Bright yellow–orange flowers 3.0–6cm (1.2–2.4in) diameter are a compound capitulum of ray florets with toothed ends and a centre of disc florets, visually it looks similar other Daisies and Mayweeds.

Found on arable land preferring light soils, disturbed ground, rubbish tips and road verges, it is treated as an invasive weed in some areas.  Once a familiar but unwelcome sight in cornfields it is now rarely seen due to better seed cleaning and herbicides.  Several varieties are now available to the gardener in differing colour forms.