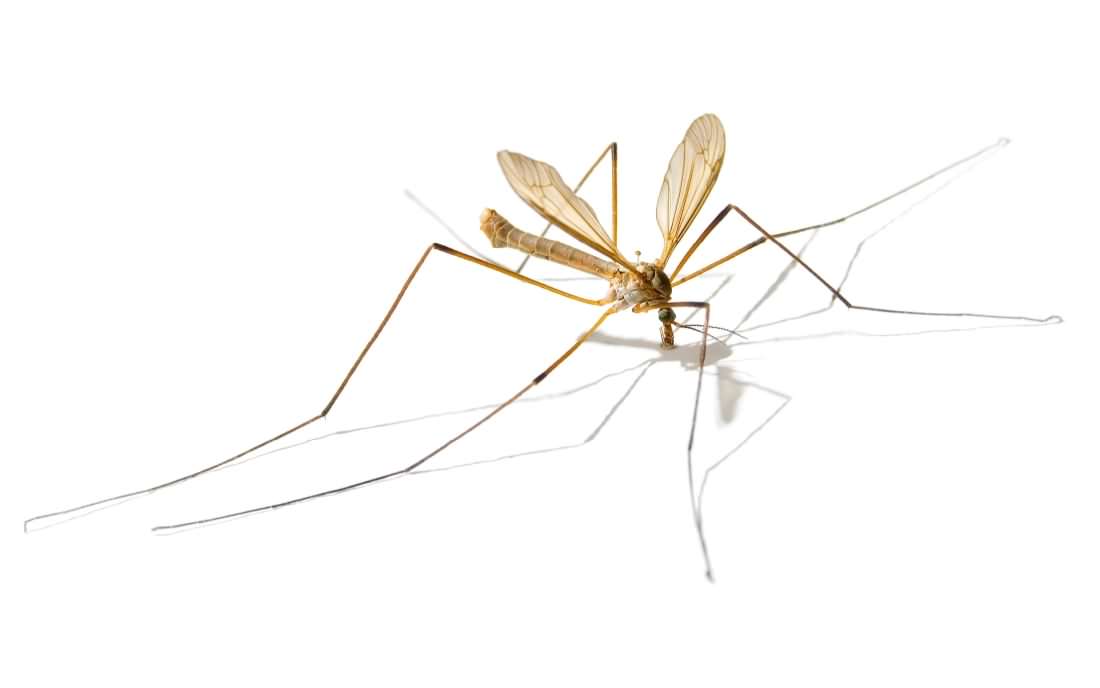 Members of the Fly family, they are very common in the UK, and can be found throughout most temperate area of the world on fields, lawns and grassy areas.  There are approximately 300 species to be found in the UK alone of which Tipula paludosa is the most common and frequently seen.  Usually seen during June to October with a peak during September when the larvae (sometimes called "leatherjackets", because they have a tough, leathery outer layer) emerge from the ground as adult Craneflies, usually in the evenings, to mate.  Being nocturnal they are often attracted to lights so are sometimes found inside buildings.  Grey–brown in colour, body length of about 6cm (2.4in) and wingspan of 8cm (3in), long spindly legs and two elongated wings having dark brown leading edges.  Their legs are only weakly attached to their bodies and often break off.

They are superficially similar to a giant mosquito, but they are harmless.  Sexes are distinguished by the shape of the abdomen, in the males it is square ended and blunt whereas the female is pointed having an ovipositor.  The adults rarely feed but larvae eat roots whilst developing in the ground, they also emerge at night and eat the bases of plant stems, they are a notorious pests of grass and agricultural crops.  Their visual appearance have earned the species the common name "Crane Fly", being reminiscent of the long–legged Crane.  Like all flies, this species has one pair of true membranous wings, the second pair of wings are a modified drumstick–like appendages known as halteres, which aid in balancing.