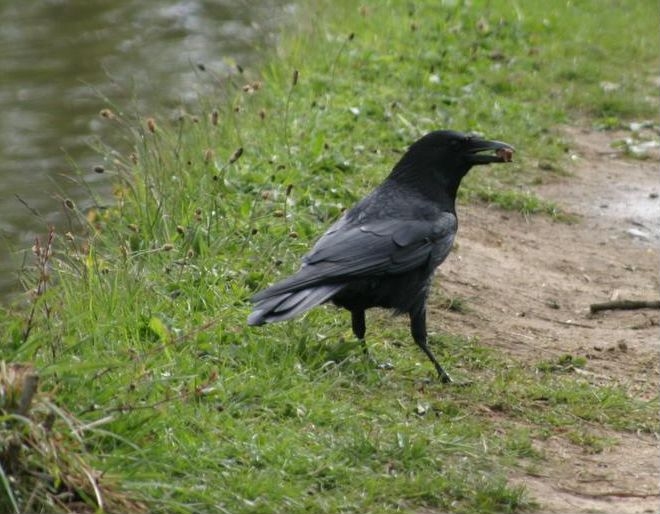 Found over most of the UK and Central Europe except Northern Scotland and most parts of Ireland, inhabiting wooded areas with fields and meadows nearby.  Similarly sized at 45–50cm (18–20in) to the Rook but does not have the "baggy trousers" and appears leaner.  All black and glossy in colour with a stout bill it has straight broad wings and a squared off tail.  Nests singly but will form flocks when feeding.  Harsh croaking call.  Feeds on carrion, insects, small birds and eggs, seeds and berries.  Builds an untidy nest in tall trees from twigs, moss and similar materials, usually in March.  Lays five to six greenish dark spotted eggs at the end of March to early April which are incubated for 17–720 days, the young remaining in the nest for about a month.

An old country saying goes "A Crow in a crowd is a Rook, and a Rook on its own is a Crow".