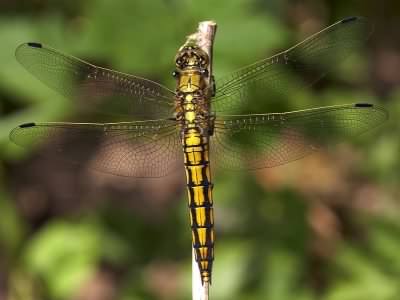 Photo ©2007 Michael Apel
Click any photo for a larger image 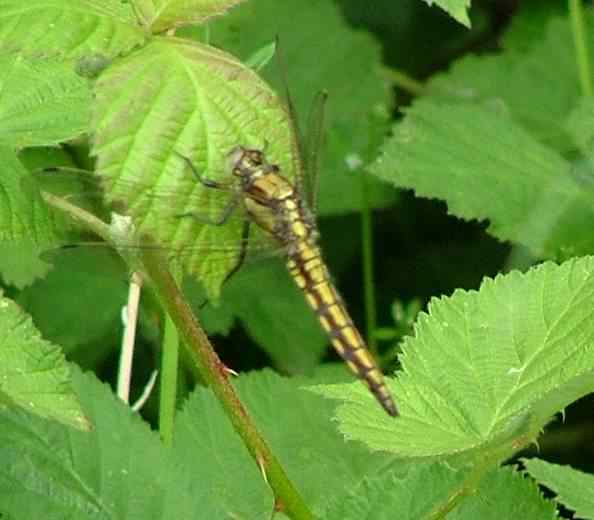 Large skimmer dragonfly, pale blue in colour and a black tail end to the abdomen, thorax and eyes are dark brown or green.  Immature males and the female are yellow–brown with black zig–zag markings along the sides of the abdomen.  Prefers larger ponds and lakes, especially gravel pits, with bare sandy areas on the banks where the males "skim" over the water surface flying low and very fast returning repeatedly to settle on the same bare area of bank.  Females are less in evidence and spend much of their time in nearby vegetation.

First recorded in 1935 at Essex in 1934, slowly spreading up the country.  Wanders widely and readily colonises new habitats.  Almost restricted to an area south of the Wash–Severn line where it is locally common.  Occurs at a few localities in the Midlands and the southern half of Wales.  Common especially on newly dug water bodies.  Was common at Fleet and Hawley ponds, and other ponds in the Yateley area, Bramshill Park and the Basingstoke Canal near Frimley Green.