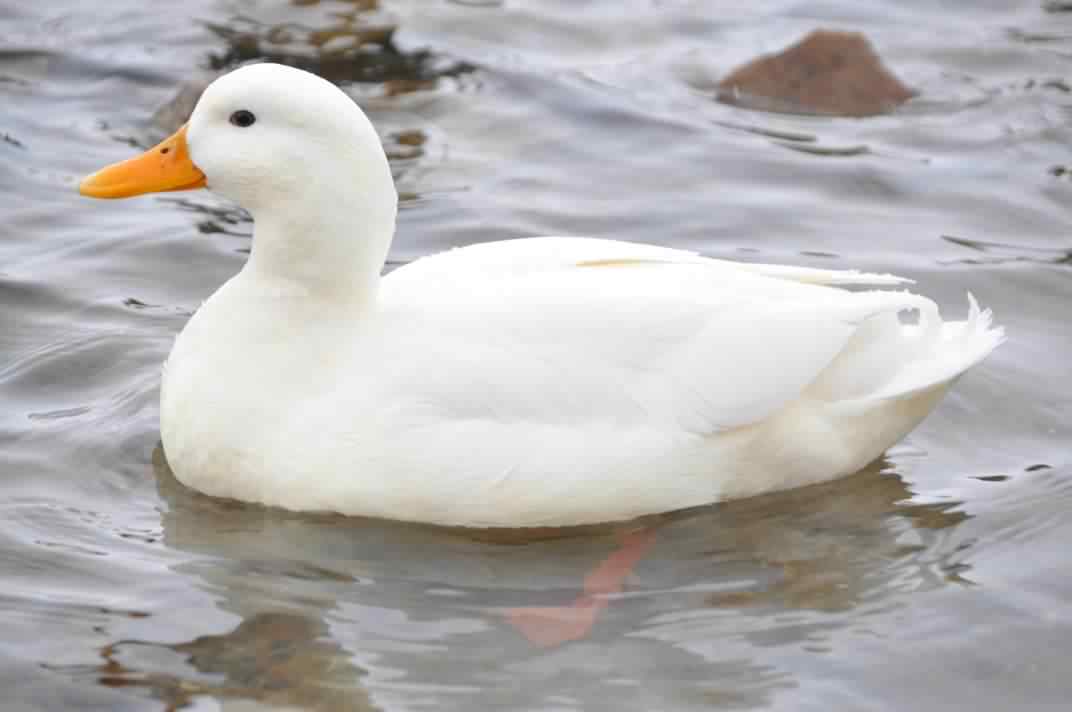 One of the many domesticated forms of the Mallard duck, the Domestic duck or Pekin duck is a gregarious is thought to have been bred from the Mallard species in China.  Imported into the United States and elsewhere around the 1870's it has become a very popular commercial breed used primarily for egg and meat production and also as a pet due to its friendly docile nature.  Those seen in the wild are escapees or as in our case specifically released by a local resident where they were bought from the livestock market in Guildford.  Lifespan is around 10–15 years, they are a creamy white overall occasionally tinged yellow, with a yellow orange bill, orange legs and feet.  Their eggs in a clutch of 8–14 are blue–green to white and take around 28 days to develop, the ducklings are bright yellow with an orange bill, legs and feet and are able to swim very soon after hatching.

They feed on a mixed diet of larvae, pupae, aquatic animals, plant material and seeds, and are often fed large amounts of bread by the public and can become very tame.  This however is a popular misconception that ducks should be fed bread, it has limited nutritional value for them and it can lead to the death of small ducklings.  Any bread left behind in the water can lead to the water becoming polluted, causing algal blooms, allowing bacteria to breed and attracting rats.  Ducks do not have "teeth", they have serrations (saw–like edges) on their bills that allow them to filter food out of the water.  As they feed on insects, in a domestic situation they are very useful in ridding gardens or lawns of harmful bugs.