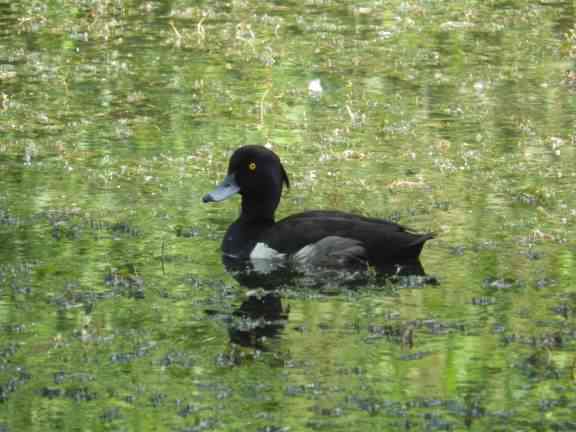 Another small diving duck with a wide distribution throughout northern Canada and Eurasia, localised in parts of America, Africa, southern Europe, the middle east, India through to southern China and Japan.  Resident and breeding in most areas they are sexually dimorphic the almost all black male has white flanks, small golden yellow eyes, pale blue beak and a thin black tuft of feathers to the back of the head, from where it gets its name.

The female in common with other species is a much plainer bird being an overall dark brown, with lighter chocolate flanks, the same light blue bill, but slightly larger yellow eyes.  Her tuft is quite small, being almost absent but very straggly.  A migratory species they overwinter in the south and west of Europe, southern Asia, resident all year in the British Isles with winter numbers increasing from northern European migrants.