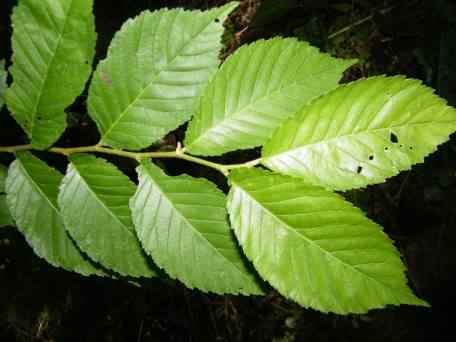 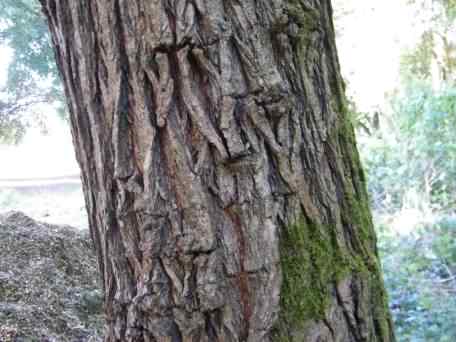 The Elms planted in Brickfields Park during the 1983–1985 period of development are Japanese Elm – Ulmus davidiana var. japonica chosen for resistance to Dutch Elm Disease.  As its name might suggest it is an Asiatic Elm originating in Japan and parts of North–east Asia, apparently in swamp forests, it is now widely planted worldwide.  It can be variable in its ultimate size ranging from short multi–stemmed trees with a broad crown to tall narrow single trunked trees reminiscent of English Elms prior to the Dutch Elm Disease outbreak in the 1970s.

Dark green alternate asymmetric obovate veined leaves 7.5–11.5cm (3–4.5in) long and 3.5–6.5cm (1.5–2.5in) wide with double toothed margins taper to a point at the tip (acuminate).  The bark is deeply fissured.  The leaves turn a yellow–golden colour later than other trees.  Preferring lighter soils they grow well on clay and are tolerant of mild waterlogged conditions.  Widely used in breeding programs researching hybrids and cultivars for resistance to Dutch Elm Disease.