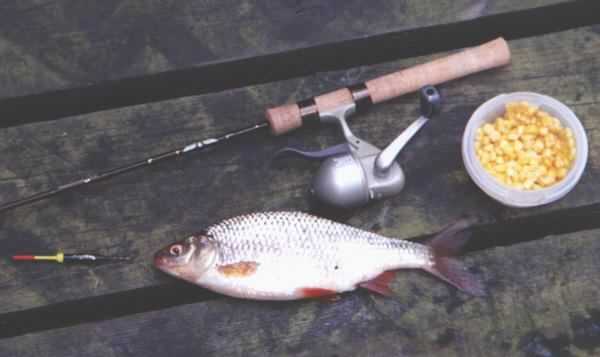 Length 10–35cm (4–14in) and sometimes weighing over 1Kg (2.2lbs), native to most of Europe and western Asia it is common in rivers and ponds, capable of surviving in brackish and stagnant water.  It has a silvery blue colouration fading to white on the underside, it can often be recognized by the big red spot in the iris above and beside the pupil.  Popular with anglers it is often confused with the Rudd or occasionally the Dace – Leuciscus leuciscus.

Silver in colour with red fins, dorsal placed over the pelvic.  Spawns in April and May laying about 100,000 eggs predated by pike and others.  Feeds on aquatic plants, crustaceans, insects and molluscs.  It is an introduced species in the Murray River in Australia as a sport fish.