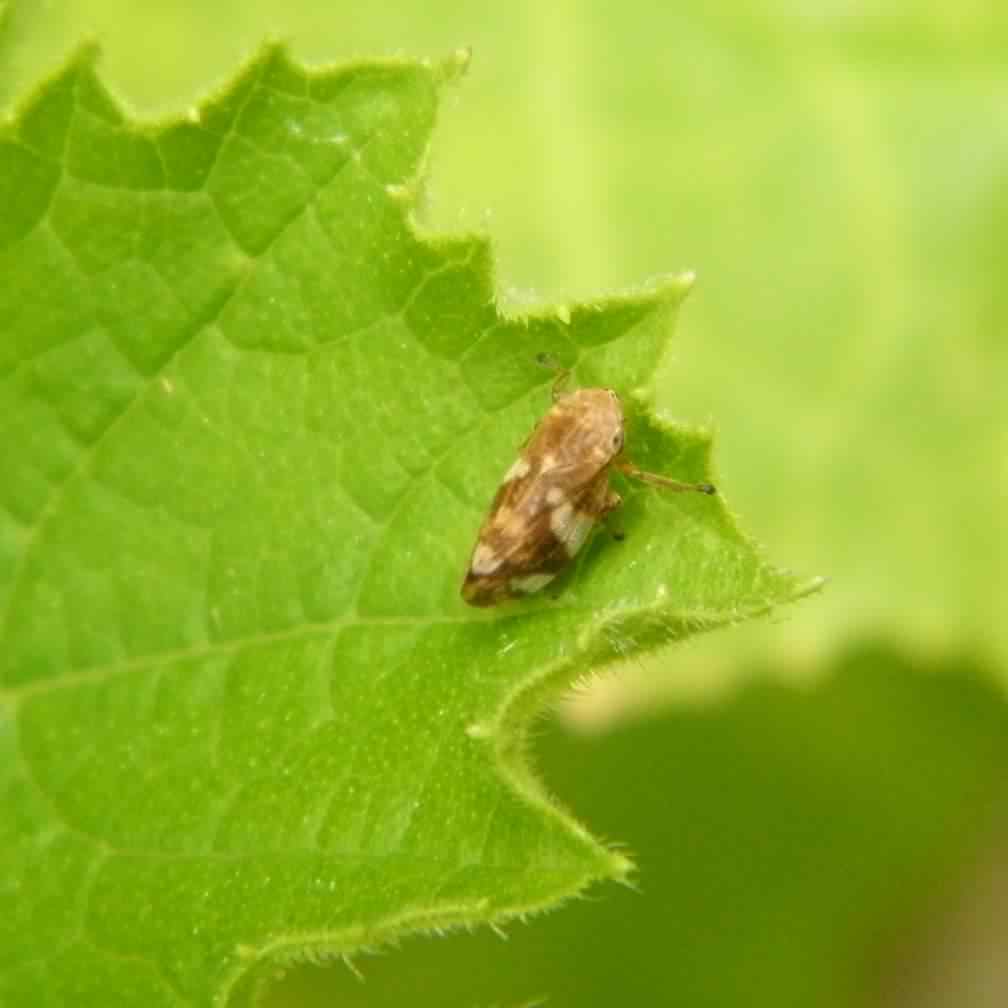 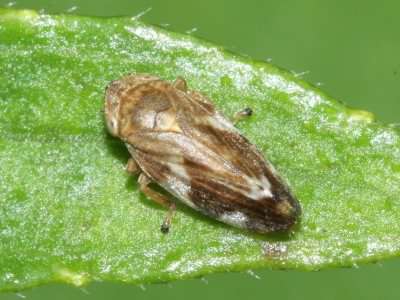 A small insect from the sub group Cercopidae containing ten species of British froghoppers commonly called a "spittle bug" whose nymphs produce a nest of frothy bubbles from plant sap, often referred to as "Cuckoo Spit" seen on a wide variety of plants in the summer.  Adults 5–7mm (0.2–0.28in) long with females a little larger than the males, they have a variable brown speckled colouration with white wing patches and can be seen throughout the UK from June through to September.

The young (nymphs) are a bright green, both feed on sap from a host plant.  Adult Froghoppers lay around 100–200 eggs on the host plant which then over winter to hatch in the spring.  They can be found throughout the British Isles.  Unlike other insects Froghoppers have only three developmental stages: egg, nymphal and adult, they omit the pupal stage that many other insects use to complete their metamorphosis.  Common and widespread they are present throughout most of Europe, North Africa, parts of Russia and in Japan, it is an introduced species in the North Americas.