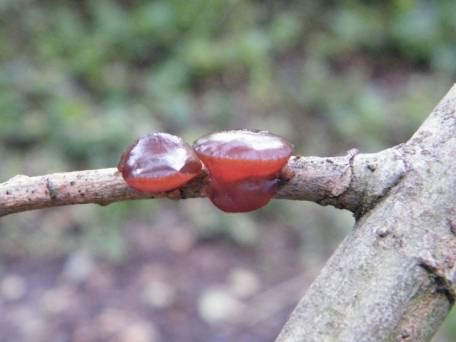 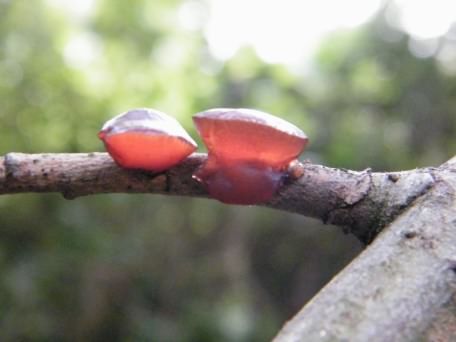 A small brown or amber gelatinous fungus usually found on Willow, Plum and other Prunus species and occasionally other hardwoods, fairly common and widely distributed in the UK, Europe, North America and Asia in cool damp places during autumn and winter.  Its appearance can range from a small shrivelled pea to a larger plump button mushroom depending on the weather conditions as it readily dries out and re–hydrates.  In the right conditions it can be seen glistening at head height when sunlight makes the amber fruiting bodies glow.  Growing to around 1–3cm (0.4–1.2in) across, individual fruit bodies are broadly conical becoming more variable sessile or have very short stalks and saprobic.

FBCP do not advise or recommend that Amber Jelly – Exidia recisa is eaten or used as an herbal remedy.   Usually listed as inedible, apparently with a gelatinous texture and tasteless raw or cooked.  Said to contain various vitamins, Calcium, Iron and fats.