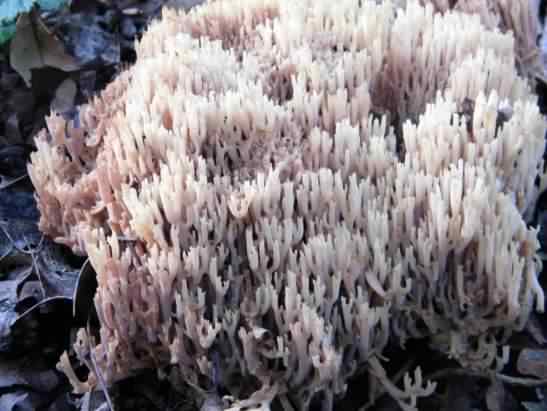 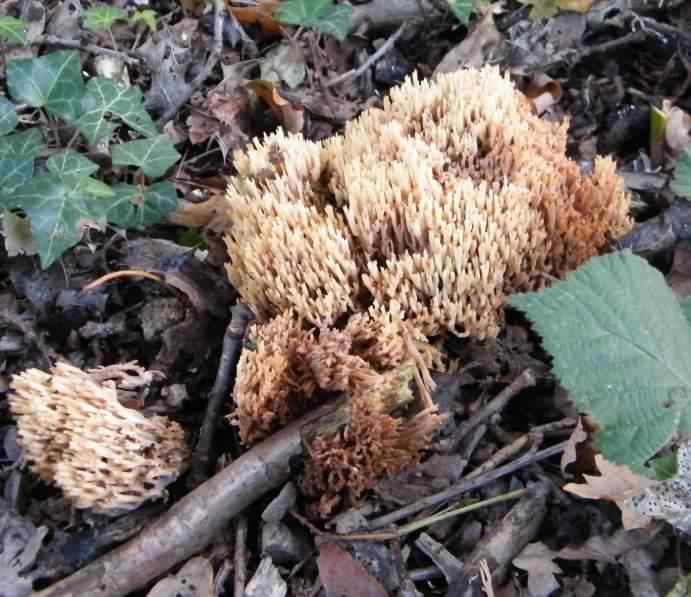 This fungus is poisonous

The Coral Mushroom Artomyces pyxidatus also known as Clavicorona pyxidata is a very distinctive fungus, a quite common species of several forms in the USA and Europe but rarer in the UK.  Its most characteristic feature is the crown–like shape of the tips of its branches.  Growing alone or gregariously on the dead wood of hardwoods, its colours when fresh, are whitish to yellowish darkening with age to pale tan or pinkish, repeatedly branched its branch tips are distinctively "crowned" featuring a tiny cup like depression surrounded by 3–6 points.  Grows to between 4–13cm (1.5–5in) high, 2–15cm (0.8–15in) wide.  Determined as a new species in The Netherlands in 2007.

FBCP do not advise or recommend that Coral Mushroom – Artomyces pyxidatus is eaten or used as an herbal remedy.   These fungi are considered edible when cooked, but some people may experience gastrointestinal upset, especially after eating a large quantity.  The raw fruiting bodies have a peppery taste which usually disappears when cooked.  It does not have a distinctive smell but has been described as faintly like "newly dug potatoes" with peppery taste, however tasting the Coral Mushroom should not be tried as several superficially similar coral mushrooms are poisonous