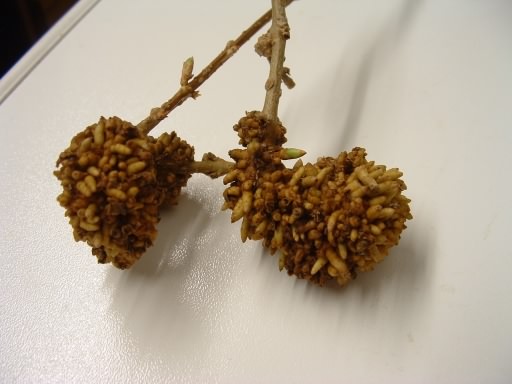 Phomopsis spp. infection results in tumour like swellings to a plant's stems caused by a fungus infecting the plant through wounds or irregular surfaces.  These growths, commonly seen on stems of Forsythia, but also occurring on Apple, are called galls, and when round, are attributed to the Phomopsis spp. fungi, whereas elongated growths that look like new shoots are attributed to Corynebacterium fascians.

To prevent the spread of the disease destroy heavily affected plants by burning, with lesser infections you may be able to prune out the affected parts but this might not remedy the problem.  Disinfect any tools used with household bleach or commercial disinfectant such as Izal.