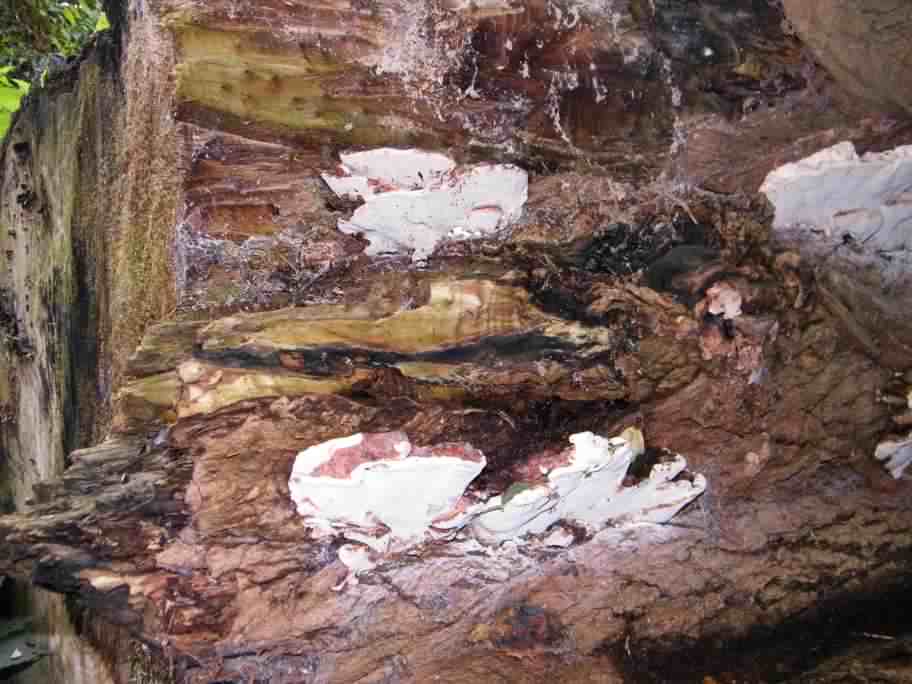 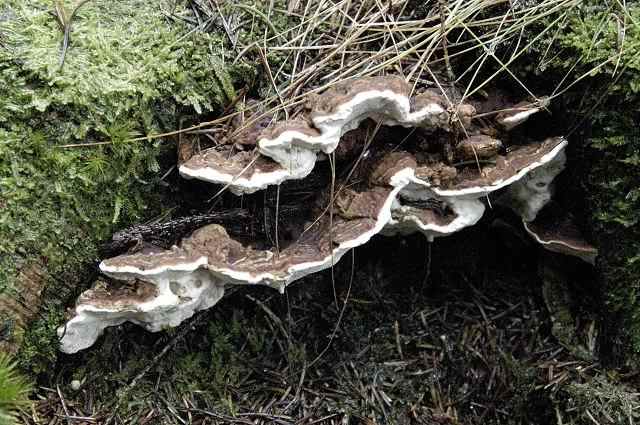 The Root Rot fungus is normally seen as a large parasitic bracket growth at the base of a conifer, and is an important and costly pathogen of conifer forests in the North America, UK, and Europe, being regarded as one of the most destructive forestry diseases.  This undulating bracket growth is the fruiting body, growing to around 30cm (12in) in diameter, occasionally larger, by 4cm (1.6in) thick, the underside surface is the fertile spore producing part of the growth, distributing the spores long distances by wind.

It has a whitish edge and a dark brown and knobbly upper surface and a white underside, however they can be found in a resupinate form which consists solely of a white crust which is essentially the underside of the bracket form.  Resupinate is usually used in various flowering plants where the flowers grow inverted, E.g. Orchids.  The disease caused by the fungus is named Annosus Root Rot and is also occasionally found on broadleaf species such as Beech and Birch.

FBCP do not advise or recommend that Root Rot – Heterobasidion annosum is eaten or used as an herbal remedy.   Root Rot is not edible due to its extremely tough and therefore unpalatable texture; we cannot find any sources listing its toxicity.