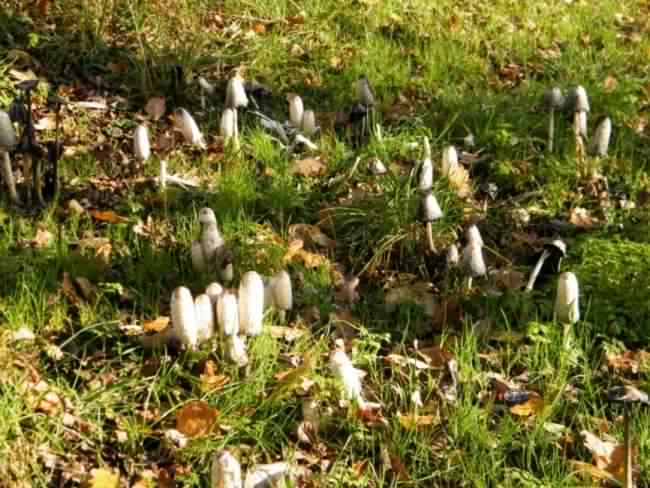 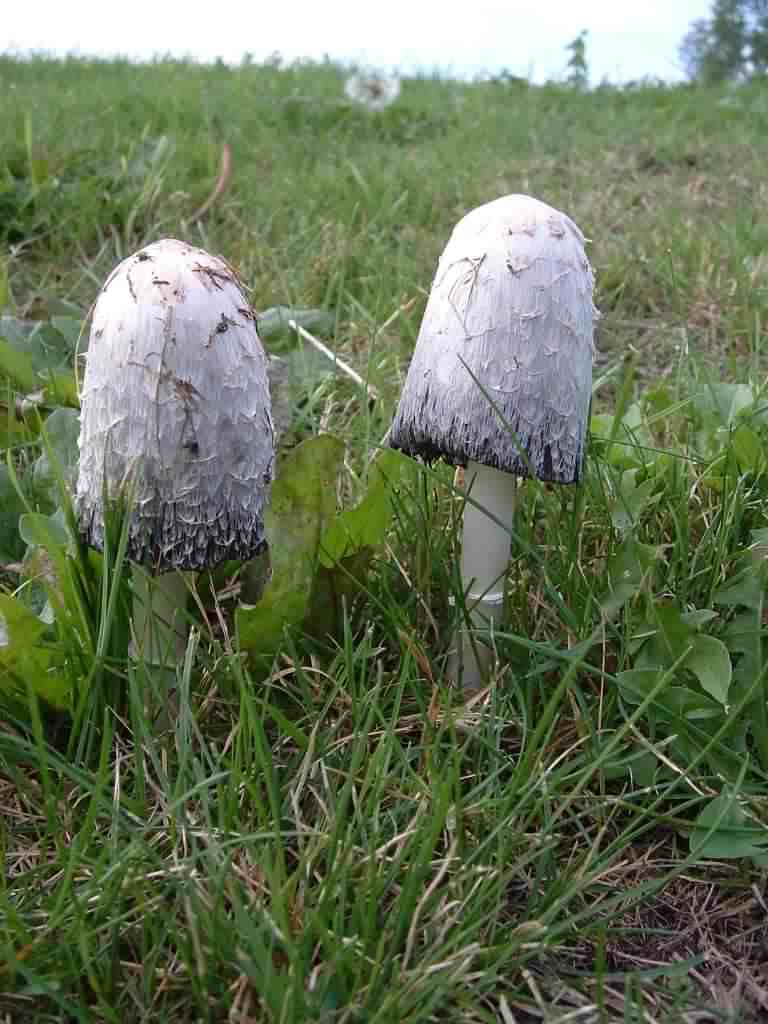 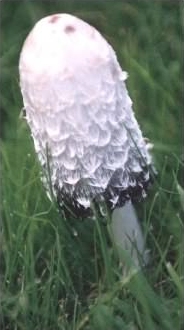 A Distinctive fungus growing to 30cm (12in) in grassy areas.  White egg shaped body with pale grey patches grows to a bell shape with irregular brown patches and a ragged black fringe giving the pseudonym of "Lawyer's Wig".  Common, grows in small clumps during August to October.  Expands as it matures getting progressively blacker and liquefying.  its Latin name Coprinus comatus means "Shaggy Mane".  Not like the "true" inky caps above except for the deliquescing gills, this terrestrial mushroom is larger and grows, usually, in grass with a very distinctive shaggy or scaly whitish cap.

Growing to between 7.5–12cm (3–5in), conical in shape but often flattening somewhat with age, covered with shaggy scales, whitish but often becoming greyish or tan.  Gills are pale but soon darken, becoming black and liquefying, the "ink" often hanging from the cap margin as this happens.  The stem is tall and slender, to about 20cm (8in), white and also shaggy but soon discolouring and in later stages is also covered with black ink.  Flesh is white with an undistinctive smell when young but rather foul in the inky stages.  The spore print will be blackish if your specimen doesn't liquefy before producing a print.  Found singly or more usually, in rings or marching lines on lawns and in fields, occasionally in grassy areas of woods, usually in the autumn.