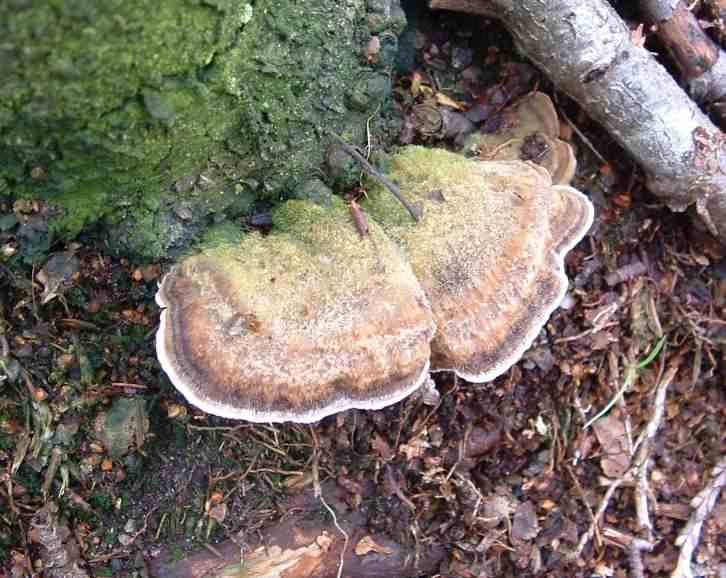 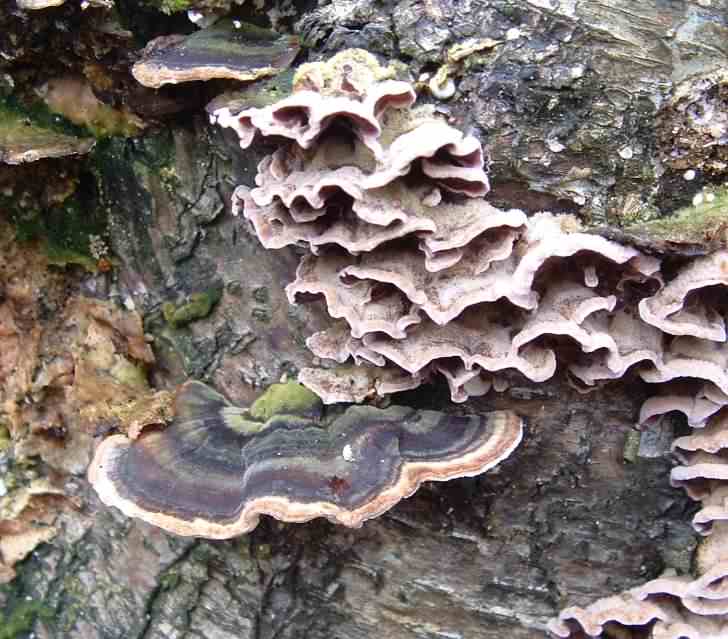 Turkeytail is a common bracket or kidney shaped fungus getting its name from the similarity to a wild Turkeys Tail.  Common throughout most northern forested areas of the world, it has a long history of medicinal use in China and Japan.  Concentric contrasting colour zones range through brown, white, tan, orange, red or purple, with some older specimens appearing green through having green algae growing on them, it grows all year to around 10cm (4in) across and to 5mm (0.25in) thick in dense, overlapping clusters or rosettes on logs and stumps on hardwoods (Oak etc) and more rarely conifers.

Saprobic, Turkeytail can last several years.  Flexible when fresh, it feels leathery to the touch, the surface of the cap is finely fuzzy or velvety, the colour zones can also have contrasting texture as well as colour.  The underside is white or grey with many fine pores.  Trametes versicolor is eaten by the caterpillars of the Fungus moth – Nemaxera betulinella.

FBCP do not advise or recommend that Turkeytail – Trametes versicolor is eaten or used as an herbal remedy.    Used in Chinese medicine ("yun zhi"), Polysaccharide–K (PSK), a protein–bound polysaccharide has been isolated from T. versicolor and is used as an immune system boosting agent in the treatment of cancer.