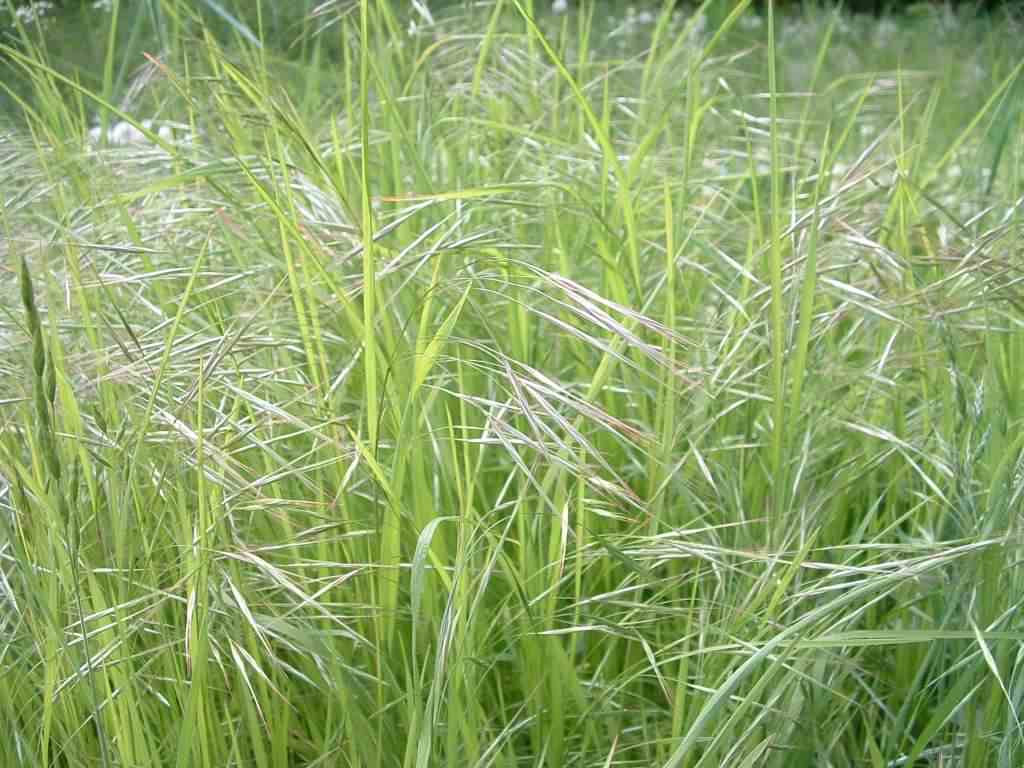 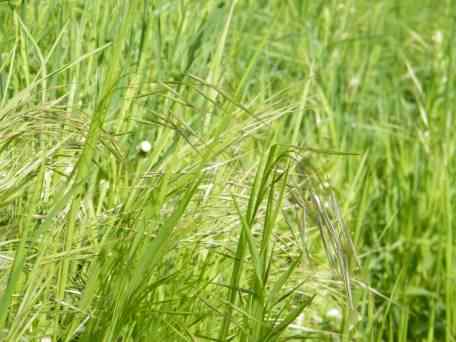 Common throughout the UK, Barren Brome is an annual or biennial grass of waste ground, verges, hedgerows and roadsides on sandy and other dry free draining soils classed as an arable land and garden weed, being one of the most recorded species in surveys as part of Countryside 2000.  The self pollinated flowers are seen from May to July.  Seeds become viable 3–7 days after anthesis, and mature rapidly on the plant once ripening begins and are shed from late June to early August requiring vernalization.  It grows to between 30–90cm (1–3ft), green but red–purple when mature with a heavy drooping panicle of spikelets 4–6cm (1.6–2.4in) bearing 4–10 flowers.  An introduced species to other parts of the world where in some places it is regarded as an invasive species of arable land.