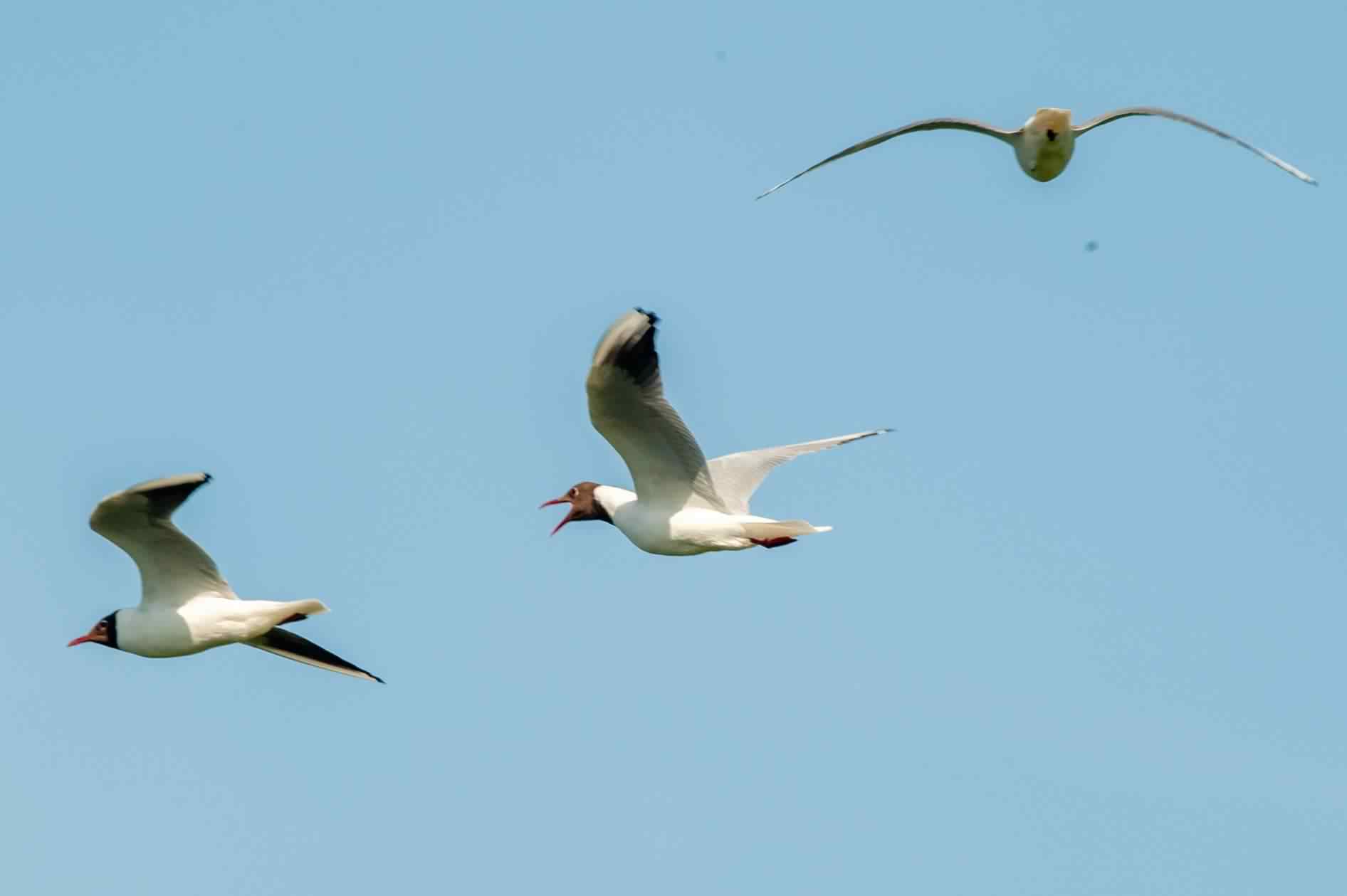 A small common gull found in Eastern Canada, Europe and Asia to Japan, they migrate south during the winter.  Generally 36–45cm (14–18in) long with a 95–105cm (37.5–41in) wingspan, they have a distinctive dark brown head (appearing almost black) with an orangey red beak with a black tip, white neck and body, grey wings with a white leading edge and black tips to the primary feathers, tail feathers are white with black tips.  Legs and feet are orangey red like the beak.  Juveniles are brown mottled where the adult is black, with brown "ear" marks behind the eyes.  In winter the adults loose their brown–black head colouration becoming white with the ear marks like a juvenile.

It has become a quite common inland species and they can be the gull species most commonly seen in urban and suburban gardens, frequenting large ponds and lakes, ploughed fields.   An opportunistic omnivorous feeder with a catholic diet eating insects, carrion, plant material, seeds and small fish.  It is a noisy sociable species, especially in colonies, with a familiar "kree–ar" call often gathering into groups where there is plenty of food, when roosting or breeding colonies in reed beds or marshes.  Previously quite rare, recent population increases have seen their breeding population rise however they are an Amber Listed bird of conservation concern.