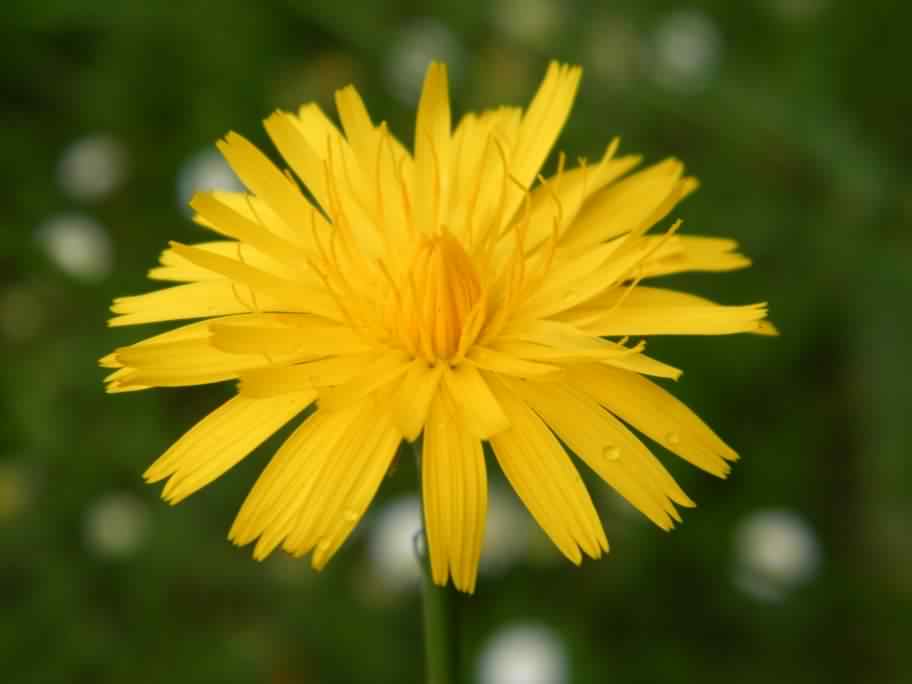 Hairy Cat's Ear is a perennial plant with rough, finely hairy lobed leaves that grow to between 5–15cm (2–8in) long, it is a low–lying edible herb or weed found in lawns, gardens and fields.  The plant is native to Europe, but has also been introduced to the Americas, Japan, Australia and New Zealand where it can be an invasive weed.  The leaves form a low–lying rosette around a central taproot and often grows in patches, the plant is an aggressive weed that is difficult to control and eradicate.  Forked stems up to 60cm (2ft) high carry two to seven bright yellow flower heads to about 4cm (1.5in) in diameter, and when mature these form seeds attached to wind blown "parachutes" in a manner very similar to Dandelion.  All parts of the plant exude a milky sap when cut.

The name Cat's Ear refers to the shape and fine hair of the leaves that resemble that of a cat.  Hairy Cat's Ear can be controlled by cultivation although this increases the chance of spreading the seeds so the best control option is to pull the weeds in early spring as soon as the leaves emerge and before the seeds have formed.  Hairy Cat's Ear is difficult to control chemically because it is resistant to several herbicides.  Also known as False Dandelion, as it is commonly mistaken for true Dandelions.  Both plants have similar flowers which mature to form wind blown seeds.  However, Cat's Ear flowering stems are forked and solid, whereas those of Dandelions are unforked stems and hollow.  The leaves of dandelions are jagged or toothed in appearance, whereas those of Cat's Ear are more lobe–shaped and hairy.

FBCP do not advise or recommend that any part of Hairy Cat's Ear – Hypochaeris radicata is eaten or used as an herbal remedy.   All parts of the Cat's Ear plant are edible with the leaves and roots most often harvested.  The root can be roasted and ground to form a coffee substitute.