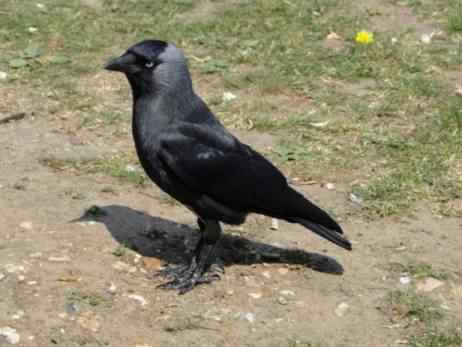 Photo ©2011 Maxwell Hamilton
Click any photo for a larger image 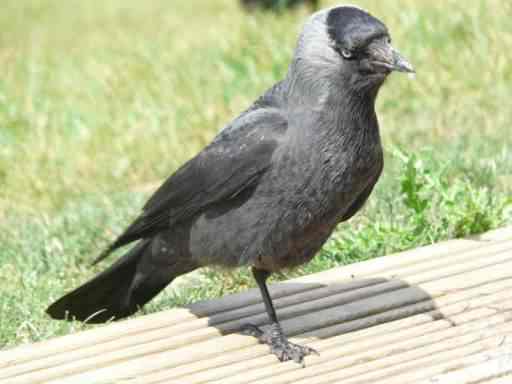 A mostly resident passerine bird in the Crow family, found from the UK through Europe, western Asia and North Africa in farmland, open woodland and in urban settings.  Reaching 34–39 centimetres (13–15in) in length, it is an overall shiny black bird with a grey nape and distinctive pale–grey irises.  It is a gregarious and vocal bird living in complex social groups, it is one of the smallest members of the Corvus genus.  Groups of Jackdaws are called "Clatterings" or "trains", the common name derives from the word "jack", meaning small, and "daw" which is the birds native English name.

An omnivorous and opportunistic feeder, it eats a wide variety of plant material and invertebrates, food waste from urban areas, young birds and eggs, fruit, seeds and scraps.  They build a simple nest of sticks and twigs in tree cavities, cliffs or buildings, which is lined with hair, wool, dead grass and many other materials.  Four to six pale blue or blue–green eggs with brown speckles are laid and incubated by the female, fledging in four to five weeks and being fed by both parent birds.