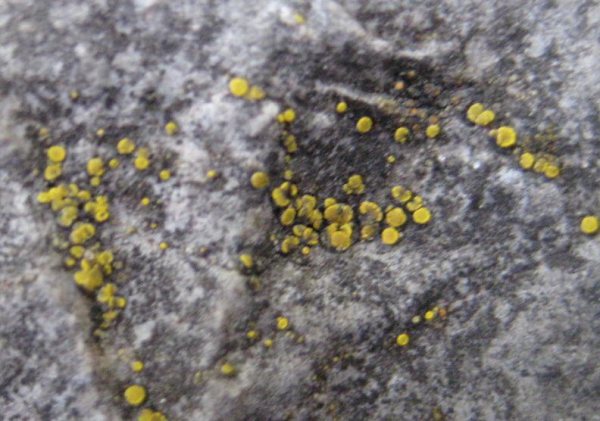 Many thanks to Fay Newbury at Reading University for the identification of this Lichen species – Candelariella aurella.

A variable crustose lichen.  It consists of yellow or orange particles which appear to be sprinkled on concrete, walls or limestone, mostly on calcium–rich rocks, sometimes on bark or wood.  It often has disc–like yellowy–orange fruits.  It can be found on the limestone rocks at the centre of the park.

A typical – C. aurella has a thallus of scattered convex, yellow areoles and small apothecia with a somewhat convex disc and with a thin, uneven and often partly excluded margin.  Common and widespread in Britain.