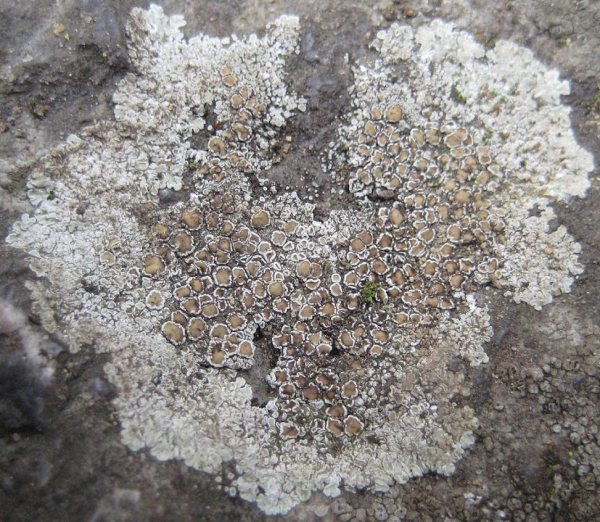 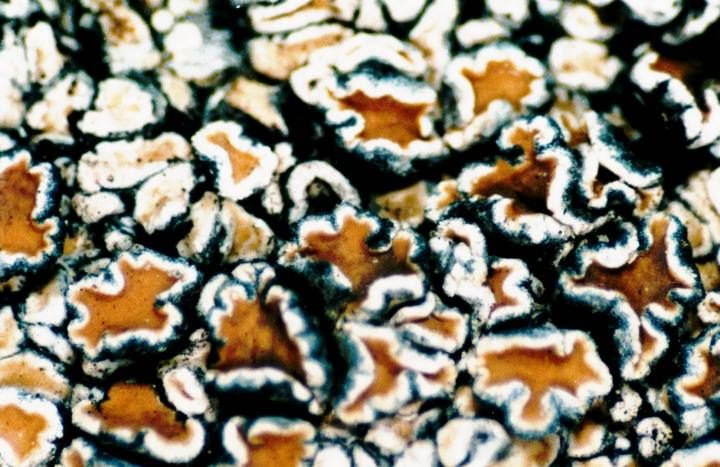 Many thanks to Fay Newbury at Reading University for the identification of this Lichen species – Lecanora muralis.

A common lichen on paving slabs, tarmac, bird–enriched rocks, and on concrete and other urban substrates, widespread and becoming very common in urban areas, less so in the north and west.  Often mistaken for discarded chewing gum.  It forms large circular patches, usually pale green, with lobed margins.  It has disc–shaped fruit the same colour as the lichen or pale buff.  It can be found on the limestone rocks at the centre of the park.  In northern Britain it occurs on rocks where birds often perch.  This lichen is very pollution tolerant.