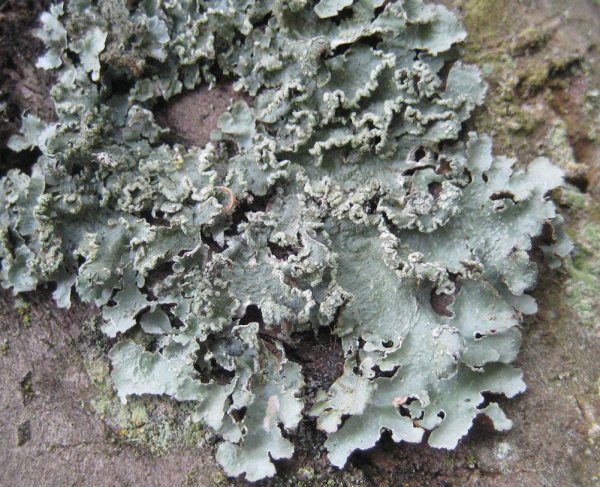 Many thanks to Fay Newbury at Reading University for the identification of this Lichen species – Parmotrema perlatum.

A widespread species growing on bark, frequently on Hawthorn or silica–rich rocks, to about 15cm (6in) in size, common in much of western and southern Britain, where until recently, it was largely absent from central and eastern England as a result of sulphur dioxide pollution, now rapidly recolonising these areas as pollution levels have dropped.