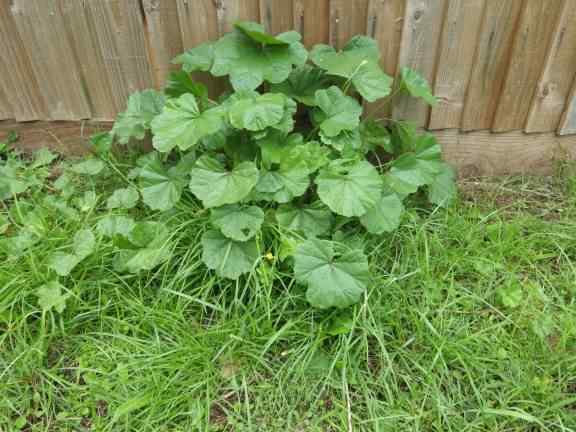 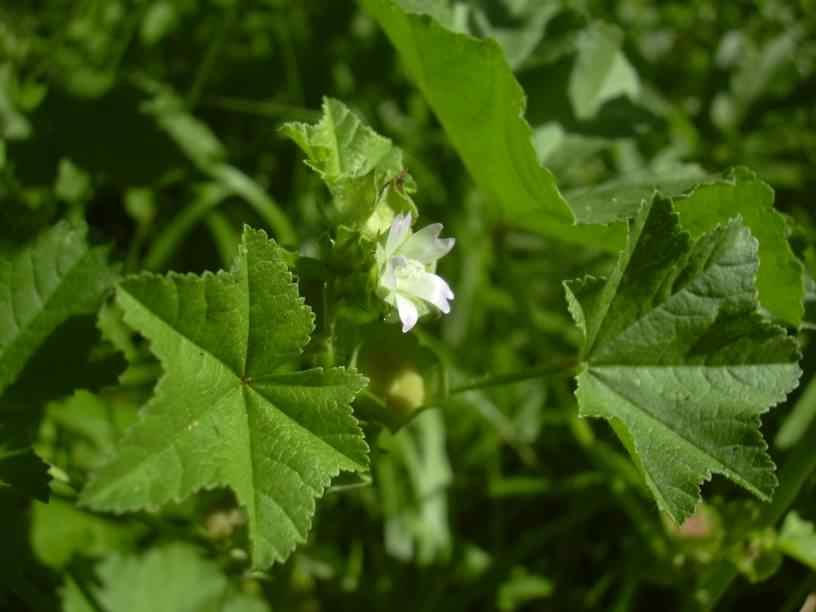 Malva parviflora or Cheeseweed can be an annual or perennial plant that has been widely naturalised as a garden plant and occasional escapee in a lot of countries with many alternative names including Small–flowered Mallow, Little Mallow and Egyptian Mallow.  It is native to Europe, UK, Northern Africa and Asia.  It is covered with stiff stellate hairs with woody growth at the base.

Growing as a prostrate or erect habit to 0.5m (19in) high, it has broad palmately veined dark green leaves of 5–7 lobes that can be 7–10cm (2.75–4in) across.  Very small white or pink flowers with white stamens of five petals with 10 16mm (in) across.  Common on waste ground, yards, roadsides, lawns.  The common name of Cheeseweed comes from the shape of the fruit which resembles a round of cheese.

FBCP do not advise or recommend that Mallow (Cheeseweed) – Malva parviflora is eaten or used as an herbal remedy.   Mallow (Cheeseweed) is listed as edible being used in salads or cooked as a green.  Like some other Mallows, M. parviflora extracts possess anti–inflammatory and antioxidant properties, a decoction of the leaves and roots to use as a shampoo, hair softener, and dandruff treatment.