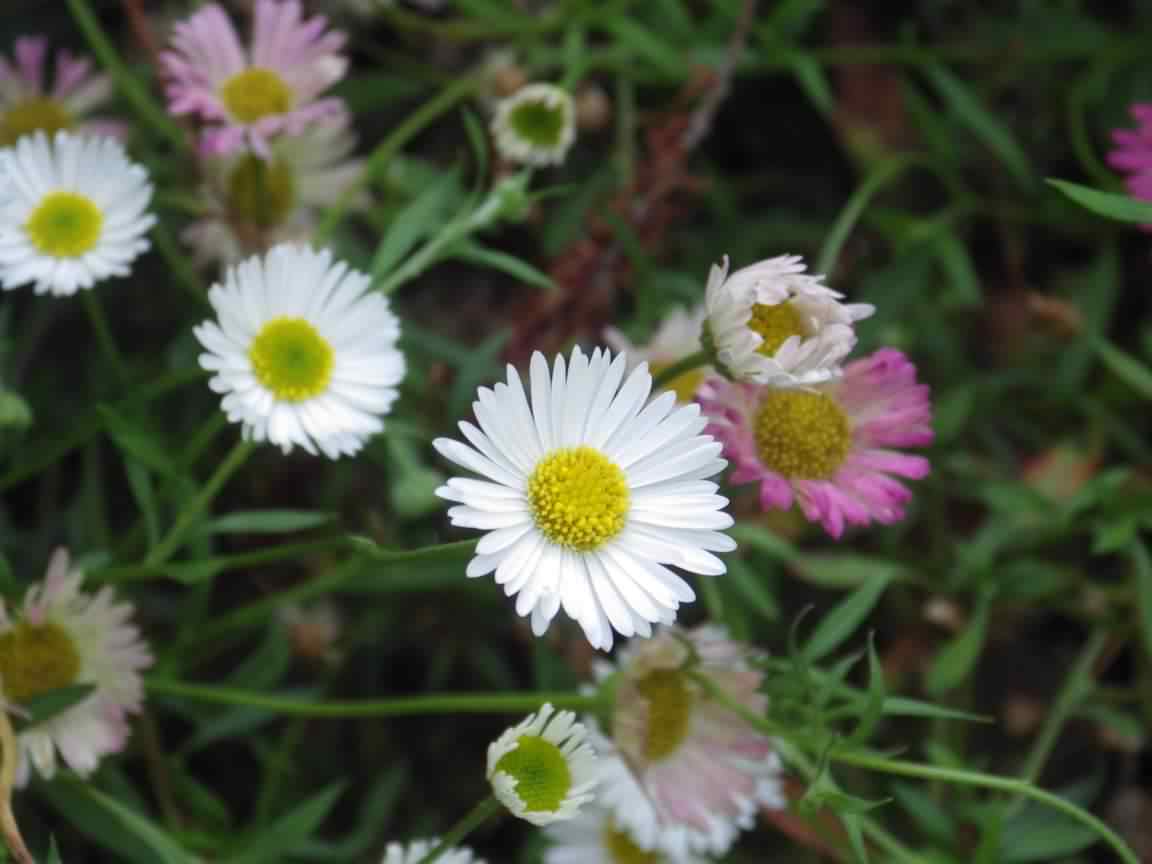 Mexican Fleabane as its name might suggest is a Mexico native but also the Central Americas and Northern parts of South America but has also become naturalised in many other parts of the world, including the UK, Europe, Australia as an introduced invasive.  It is a vigorous spreading perennial plant growing from woody rhizomes to around 15cm (8in) high on thin many branched lightly hairy stems that will quickly grow in quite adverse areas to become a carpet of flowers with a mass of colour.  It is reputed to have been used to colonise the concrete terraces of the football Estadio Azteca stadium built in Mexico City for the 1970 World Cup.

It has a preponderance for walls, crevices, paving and concrete cracks, rocky areas, and is frequently planted in walls, steps and rough pathways.  Thin grey–green lanceolate pointed leaves from nodes along the stem with the basal leaves dying off as the plant grows.  Inflorescences of one or more daisy–like flower heads, 12–15mm (0.45–0.6in) in diameter, with a golden yellow center surrounded by a disk of up to 80 white, fading to pink, pink or white graduated to pink, ray petals.  It has gained the Royal Horticultural Society's Award of Garden Merit.  The foliage grows for most of the year but it dislikes harsh winters, flowers from late spring to autumn, there are several commercial cultivars.  It is a prolific self seeder.

FBCP do not advise or recommend that Mexican Fleabane – Erigeron karvinskianus is eaten or used as an herbal remedy.