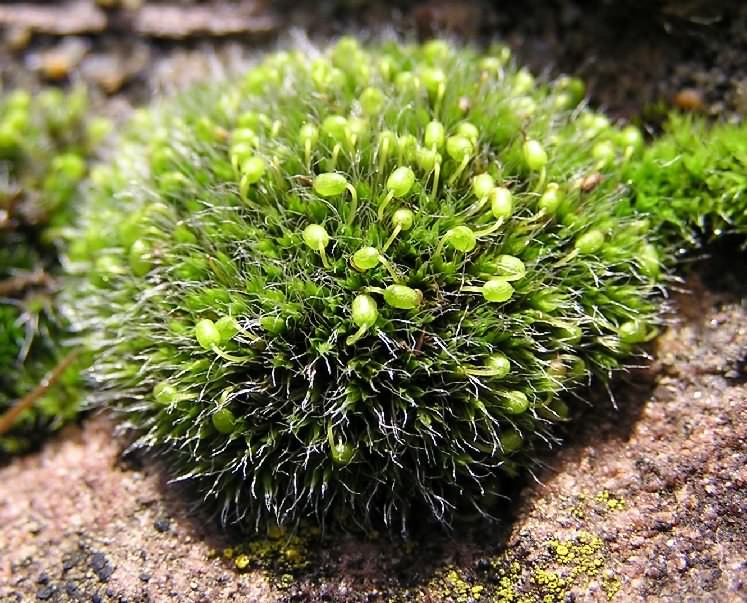 Many thanks to Fay Newbury at Reading University for the identification of this moss species - Grimmia pulvinata.

This is the commonest British Grimmia moss growing in round, almost furry? "blobs" to 3cm (1.2in) deep on walls and similar substrates.  The leaves which grow from short erect stems are tightly packed together and are broadly lanceolate with tips that have long hair–points which may be almost as long as the leaf blade.  Oval spore capsules on setae which are strongly curved when moist so that the capsules are tucked in among the leaves.  The ovoid capsules are grooved and have red tips when young becoming brown with age.

G. pulvinata is a predominantly lowland species of usually base–rich rocks, including walls rarely it grows on trees and shrubs, it tolerates moderate pollution, so is a characteristic urban and suburban species, growing on wall tops, mortar, tombstones, asbestos roofs and concrete, and is a typical member of the wall moss community.  The neat cushions on wall tops have earned it the alternative common name of "Hedgehog Moss".