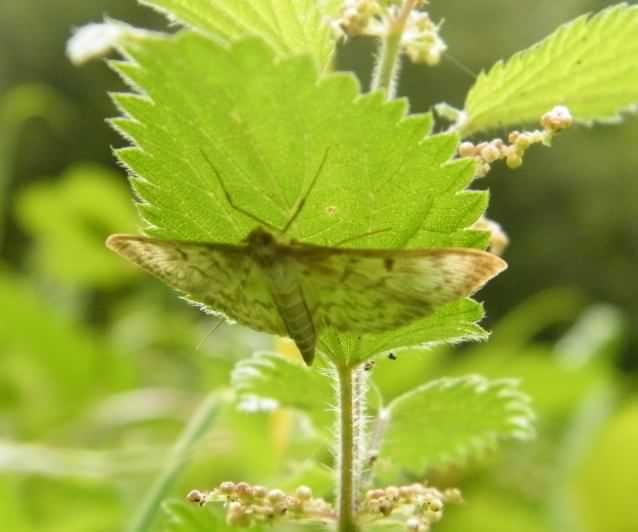 The Fenland Pearl was apparently first found in 1957 on a Huntingdonshire fen, and is a relatively recent immigrant to the UK.  Common in fens, reed–beds, meadows, waste ground, heathland, woodland and grasslands, it seems to be increasing its range and has since spread to various locations in central and Southern England, albeit at low densities, most commonly found in the Test valley.

A plain browny–white moth, wingspan 21–23 mm, with a prominent dark discal spot precludes confusion with any other species.  The life history is incompletely known but it is thought that larvae feed on various Thistles (Cirsium spp. and Carduus spp.).  Single brooded, adults are seen late May to Early August.