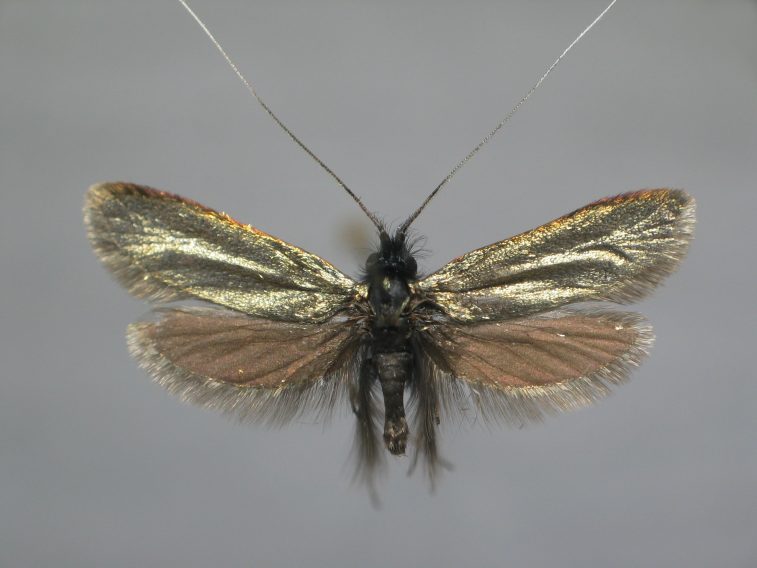 Photo ©2010 Michael Kurz
Click any photo for a larger image 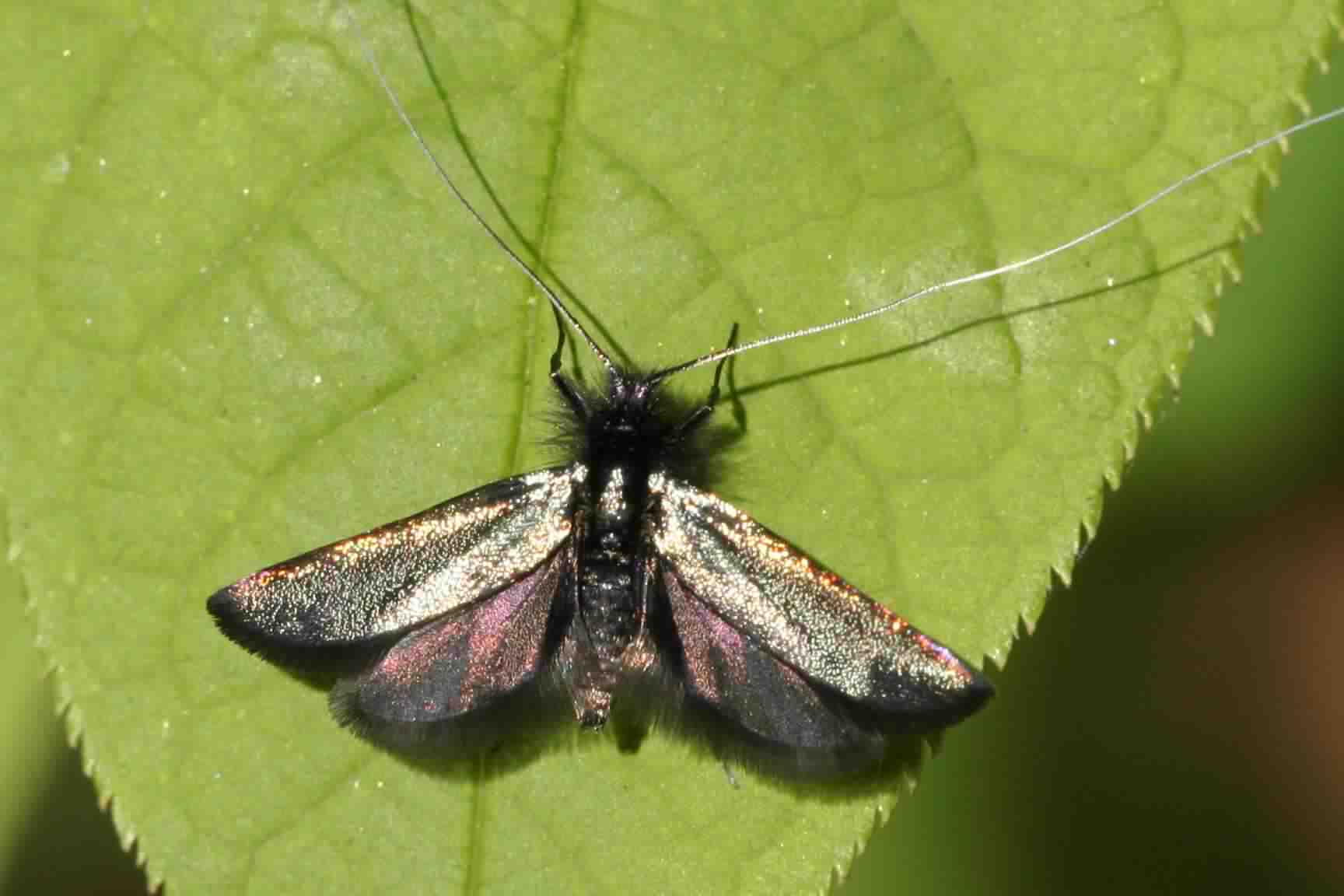 This day flying micro–moth is a Lepidopteran from the family Adelidae, the Fairy Longhorn moths.  It has a wingspan of 14–18mm (0.55–0.7in), and in both males and females they are metallic green whilst the under wings are metallic bronze, both have rough black hair on their heads.  Males have very long white antennae whilst those of the female are relatively short, with shorter and lighter hair on their heads.  They are seen on the wing from April to June and are fairly common in the UK and western Europe.