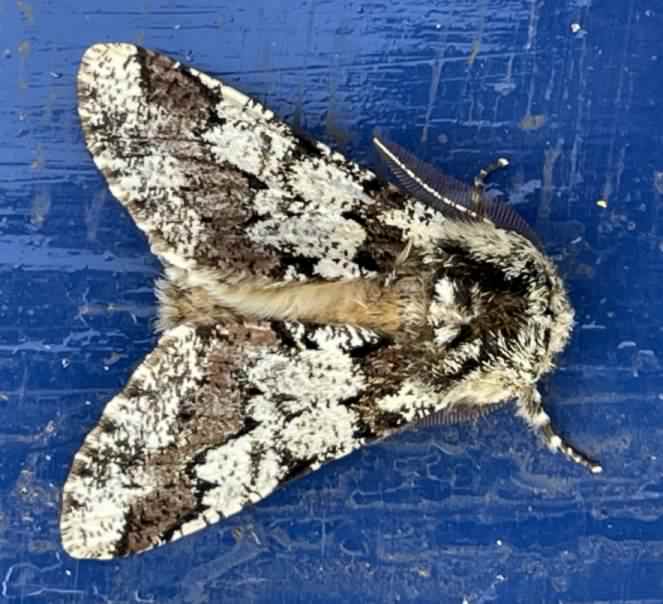 Male
Photo ©2022–
Click any photo for a larger image 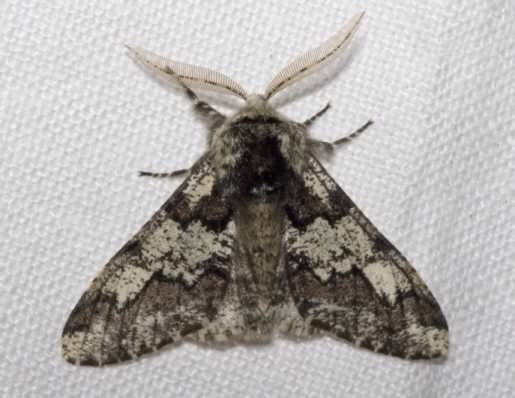 The Oak Beauty is native common moth in the UK and Europe extending as far east as Asia Minor.  In the UK it is reasonably common in England and Wales, becoming scarcer in Scotland and Ireland.  Usually seen during March and April, it will be found in a variety of habitats, but mostly in mature wooded areas including parks, gardens, and other suburban habitats where it rests on the bark of trees, being camouflaged by its mottled alternate black and grey wings.  The male has feather like antennae and are frequently observed during the daytime, whilst in the female they are thread-like.  It has a wingspan of 40-55mm (1.6-2.15in), hind wings are paler than the fore, and have transverse black bands.

This species is melanistic with the UK moths being the light (typical) form.  The dark form is common in the Netherlands and has not yet been observed in the UK.

The larvae overwinters as an underground pupa and can be found in July and August, they are mainly brown, marbled with white, with two red lumps on each of the eighth, ninth and twelfth segments.  There is a small lump on the bottom of the seventh, eighth and ninth segments.  They have evolved to resemble sticks which helps protect them from predators.  The larvae feed on many species of trees, but the most commonly used host plants are Oaks, Elms, Hazel, Alders, Poplars especially European Aspen and Willows.