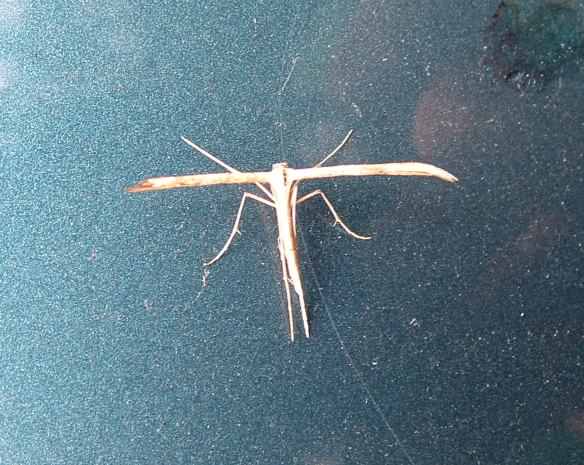 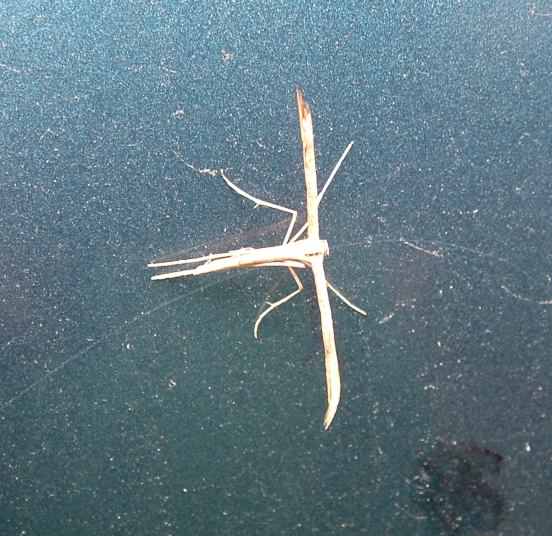 Apparently one of the commonest Plume moths to be found in the UK, most often seen during the early months of the year it can be found throughout the year.  It has a wingspan of 18–30mm (0.8–1.2in), the pale brown wings are divided but this is not usually seen as the moth rests with its wings tightly folded.  Hind legs have spurs of differing lengths whilst the abdomen has a pale buff dorsal longitudinal band with brown streaks along the midline.  Found where larval food plants, Bindweeds – Convolvulus and Calystegia occur, Morning Glory (Convolvulus or Hedge Bindweed) has also been noted as a food plant leading to one of its common names.

They feed in two overlapping generations on leaves and flowers from late May to September.  Larvae are greenish yellow with a broad green dorsal band, which has a fine discontinuous yellow line along its centre.  The dorsal pinacula can be black, some specimens have ruby red dorsal markings.  Also known as the "T" Bug or "T" moth, it is an introduced European species in North America.