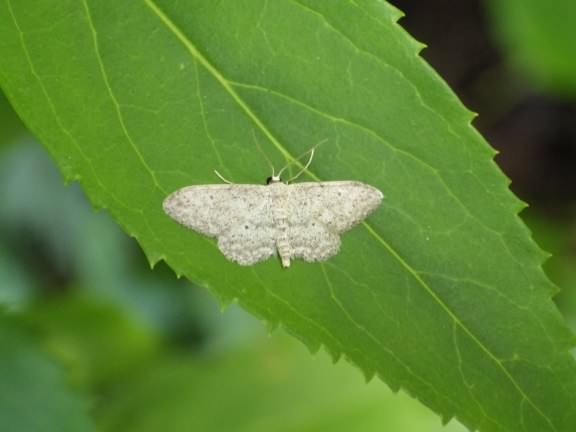 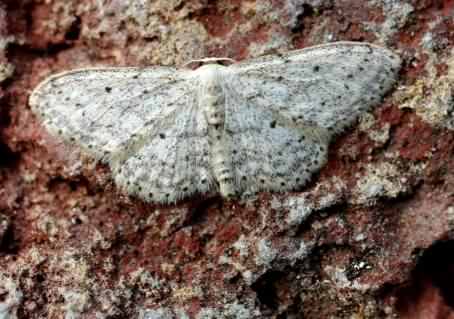 The Small Dusty Wave moth is a common small nondescript moth with a wingspan of 18–21mm (0.7–0.85in) found in woodland, gardens and wasteland in the UK where it is common in England, Wales, eastern Scotland but absent from Ireland, Europe, the Near East, and North Africa.

Overall it is a basic grey with a dusting of fine spots and flecks of darker grey, indistinct markings apart from a black discal spot.  It is bivoltine in the south during June to July and August to September, and univoltine in the north during July to August.  Usually a night flyer it may be seen during the day if disturbed.  The larvae feed on the withered leaves of herbaceous plants including Ivy and over winters in this form.