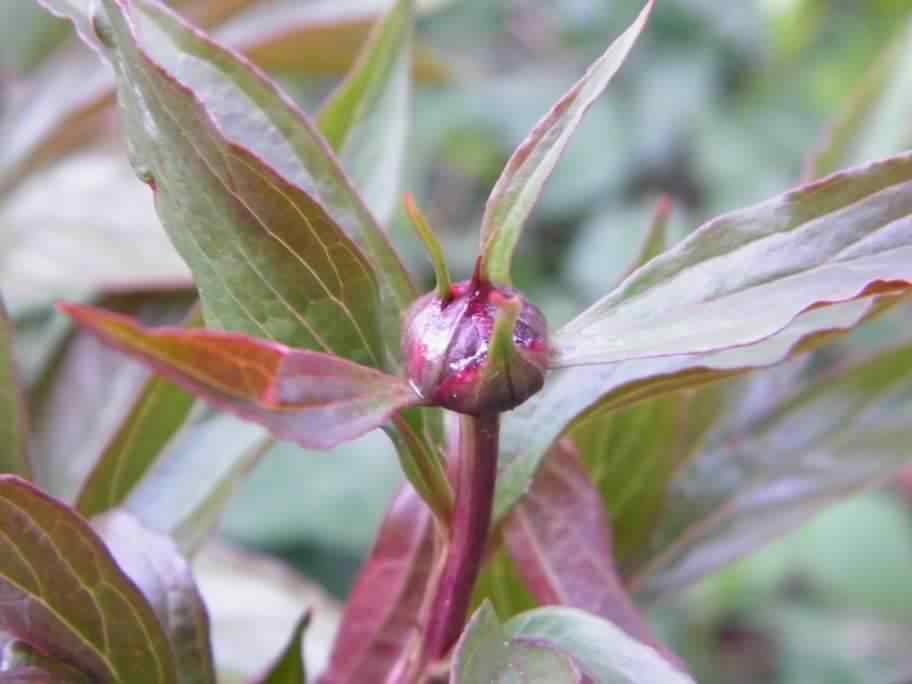 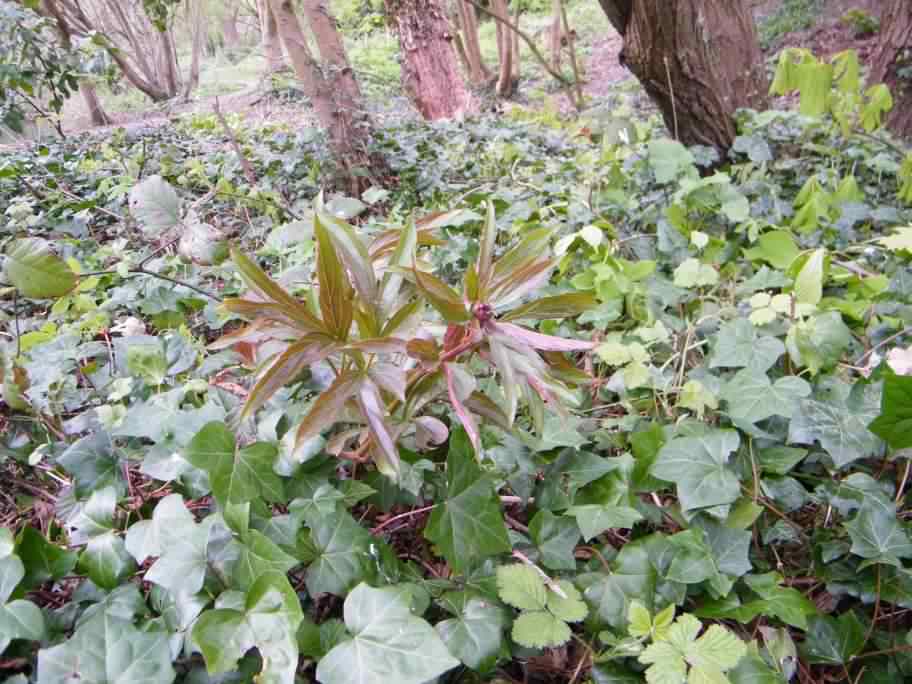 Peonies are the only member of the flowering plant family Paeoniaceae, estimated to have between 25–40 species.  They are native to Asia, Southern Europe and Western North America.  Most are herbaceous perennial plants 0.5–1.5m (1.5–5ft) tall, compound deeply lobed leaves and large showy attractive often fragrant flowers in red, white, yellow, pink and purple colours, usually in late spring and early summer.  There are herbaceous and tree forms.  Several hundred compounds have been obtained from plants of Paeoniaceae family, and they are frequently used in traditional medicines of the far east.  Whilst mostly grown from seed taking up to two years to germinate, some cultivars and hybrids are produced by division.

Any plant seen in the wild in the UK will be garden escapees or dumped plants as is our specimen in Brickfields Park.  The only peony that has been recorded as growing wild in Britain is the Male Peony – Paeonia mascula.  Discovered in the early 1800's on Steep Holm in the Bristol Channel, it is more likely to have been grown by the monks of the priory on the island.