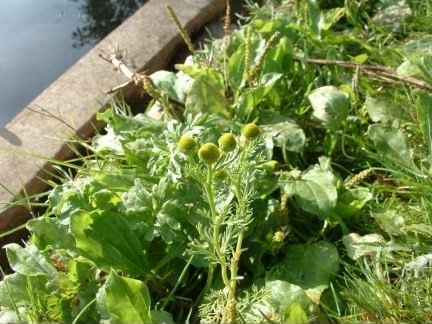 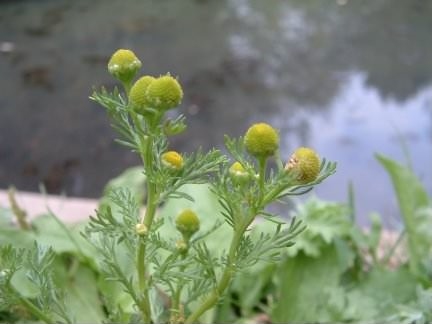 A common annual weed of rough ground, wastelands and roadsides, growing to between 5cm (2in) and 40cm (16in) depending on soil conditions.  Dark green leaves, basal leaves are rosette, upper leaves alternate, hairless and divided, each segment being a narrow strip, smelling strongly of pineapple when crushed.  Dense cone shaped yellow–green composite flowers on thick stems branching low on the stem, appearing May to August, singly or in small clusters, mature to a light brown fruit with one seed.  Native to Europe it has spread to North America, Australia, New Zealand and many other countries.

Pineapple Weed has been used as decoction for greying hair, an infusion for disorders of the stomach, a sedative and externally as an antiseptic.  The plant is sometimes confused with species of Anacyclus, Anthemis and Chamaemelum, and with M. perforata.  Closely related to Wild Chamomile, it has been used to make a tea, with a very similar taste to chamomile tea, with a calming effect, it is also said to improve the digestion and reduce flatulence.  Since 1989 localised populations have been found to exist in Great Britain which are resistant to photo system inhibitor herbicides Eg. simazine.