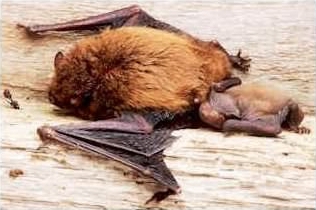 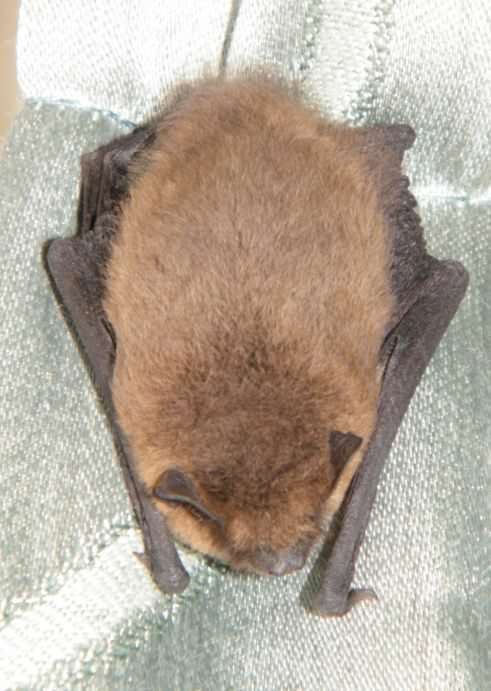 The smallest of the 14 British Isles bat species and probably the most common in the UK, it has a wingspan of up to 25cm (10in), a body length of 3–5cm (1.2–2in) and rounded ears with a membrane growth or tragus.  They weigh 3–8 grams (0.1–0.3oz).  Found throughout most of the country in woodland, farmland and towns, roosting in lofts, eaves and hollow trees.  Small body with light to chocolate brown fur darker on its back than below.  Nocturnal habit emerging from the roost at sunset or just after to feed on small flying insects.  Hunts in a favourite area with a fluttering wing beat and jerky movement for small insects, capable of consuming several thousand a night.  hibernates over winter starting November/Early December.

They roost in crevices, loft spaces and tree holes, usually producing one or occasionally two (twins) offspring and can live to about 15 years.  The young are fed on the mother's milk up to about three weeks old when the beginning to forage for their own food.  As with all bats it hunts using echo location to find and capture its prey.  All bat species are protected under the Countryside and Wildlife Act, it being an offence to take, disturb, intentionally kill or otherwise harm a bat or its habitat.  Any work that is planned that could result in the disturbance of bats or their roosts must be communicated to English Nature, The Countryside Council for Wales, Scottish Natural Heritage or DoE (Northern Ireland), depending on the area.

The Pipistrelle is a listed species in the Biodiversity Action Plan for Hampshire, as a UK widespread and species of local importance, with a rapidly declining population, locally scarce rare with a high threat rating.  Listed as a mosaic landscape species in ancient semi–natural woodland, hedgerows, unimproved neutral dry grassland, hay meadows, chalk streams and urban areas.  A SAP exists for the Pipistrelle, as a mosaic landscape species with a high profile or indicator species rating.  The Pipistrelle also has a UK BAP priority species rating and is listed under Bern 2 and Bonn conventions and the Habitats & Species Directive schedule 5.