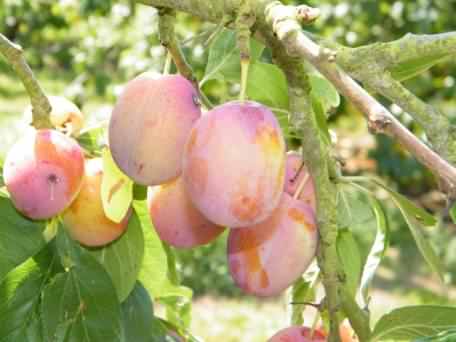 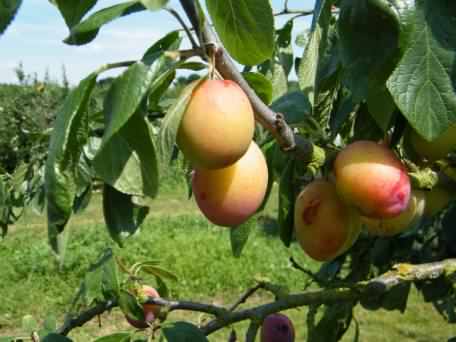 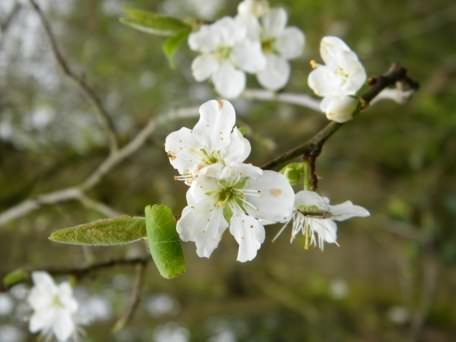 The Victoria plum tree is a very popular, reliable, self–fertile plum in pollination group three which produces a heavy crop of large oval, pale red fruit with golden–yellow flesh, which can be used for cooking, canning, jam making or just eating fresh straight off the tree.  Although a self fertile plum, it will also help to pollinate others in the same flowering group.  It will crop heavily, with branches sometimes needing support to prevent breakage under the weight of fruit, which is a large, red speckled, and very sweet plum.  It makes a medium–sized tree, unless grafted on a semi–dwarfing rootstock.  Single, white flowers are produced in April and May with fruit ready for picking in August September.  One of the more popular and well known plum trees available.  The tree is quite hardy and grows strongly but is not very large, rarely attacked by diseases, but the fruit is susceptible to mould.

The name "Victoria" is reputed to be named after Queen Victoria, but is certainly from the Victorian era.  The variety was first discovered in a garden in Alderton, Sussex and was introduced commercially to Sweden in 1844 by a nursery owner, Denyer, under the name of Denyer's Victoria.  This strain quickly became very popular rapidly became a garden staple and commercial variety, a position it has maintained ever since.  The Victoria plum contains the anthocyanin chrysanthemin which is a water–soluble pigment that gives the fruit its reddish colouration and occurs in all tissues of higher plants, including leaves, stems, roots, flowers, and fruits.