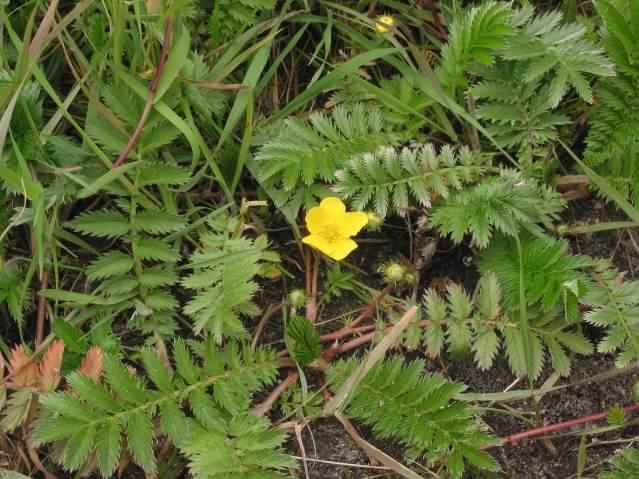 Photo ©2005 Rasbak
Click any photo for a larger image 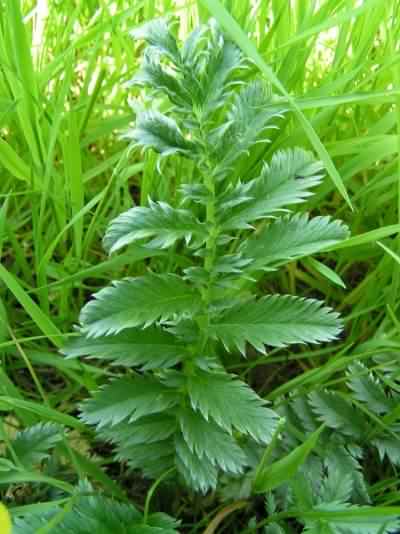 Silverweed is a low–growing herbaceous flowering perennial plant in the Rosaceae family, native throughout the temperate Northern Hemisphere, found on river shores, grassy habitats, meadows, road–sides and gravelly soils.  It gets its name from the covering of fine silvery hairs on the leaves, particularly on the underside.  It propagates by creeping red stolons that can be up to 80cm long.  The leaves are 10–20cm long, evenly pinnate into in crenate leaflets 2–5cm long and 1–2cm broad.  Single yellow flowers in bloom from July to August on 5–15cm long stems are 1.5–2.5cm diameter with usually five and rarely up to seven petals which mature to a cluster of dry achenes.  It can become a problem weed in gardens.  The flowers are hermaphroditic and self–fertile, they are also pollinated by bees, flies, beetles.

FBCP do not advise or recommend that Silverweed – Potentilla anserina is eaten or used as an herbal remedy.   Herbal tea from the roots has been used as antispasmodic for diarrhoea and has been cultivated as a food crop for its edible roots however wild plants are impractical as they are small and are hard to clean.  It can also be dried and ground into a powder then used in soups etc or mixed with cereals.  A tea can be made from the leaves, it is also used as a gargle for sore throats and makes a skin cleansing lotion.