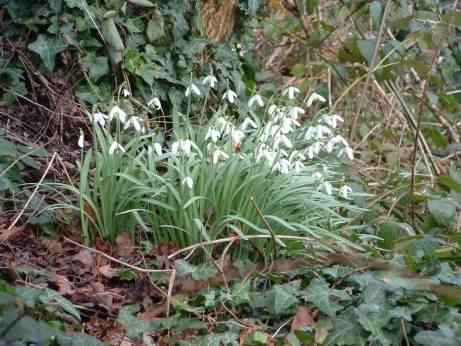 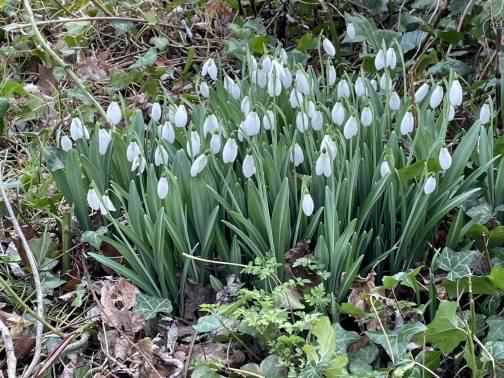 Familiar spring flower growing to 25cm (10in) high of the Amaryllidaceae family.  Commonly planted garden flower now possibly native to some damp woods and streams in Southern England, but widely naturalised in many areas.  Whilst native to the Mediterranean, they can be found over most of Europe.  Grows best in well drained humus soils in semi shade positions, difficult to propagate, grows especially well under deciduous trees where the full sun gradually gives way to shade as the trees leaves develop.  Two to three narrow grey–green strap shaped basal leaves with an upright stem carrying a single white drooping flower of six petals, 15–25mm (0.7–1in) during January to March, inner petals having a green spot at the tip.  Sometimes called the flower of "Hope".

FBCP do not advise or recommend that Snowdrop – Galanthus nivalis is eaten or used as an herbal remedy.   The entire plant contains Phenanthridine alkaloids causing nausea and vomiting.  Recent tests have been carried out with genes from the Snowdrop inserted into potatoes to test the effect of transgenic foods in mammals, where the intention of inserting the gene is to confer insect and nematode resistance to the food.