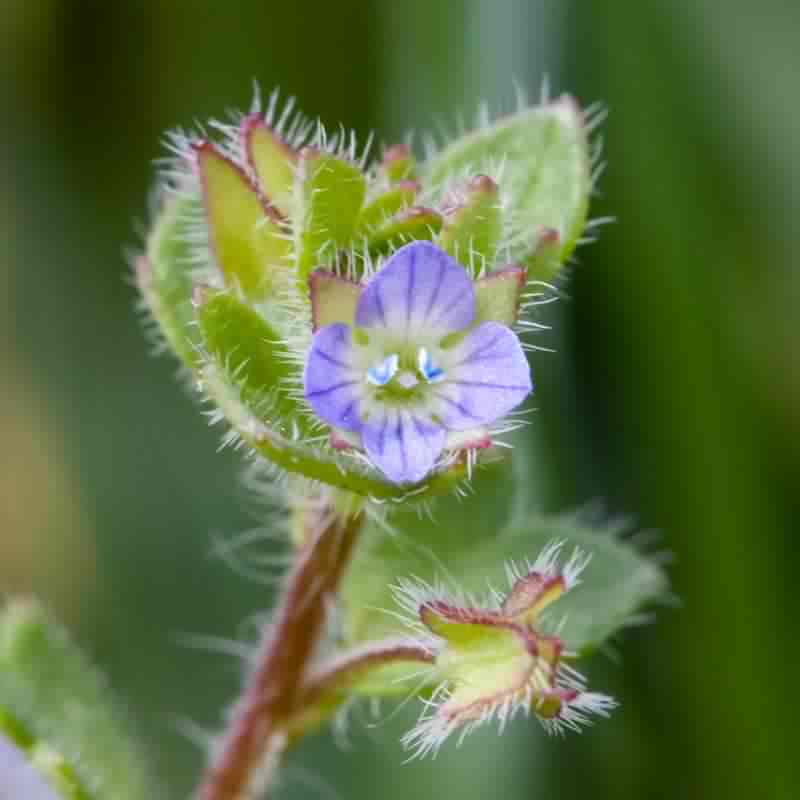 This is a very common annual weed in gardens, hedgerows, arable land and wasteland.  A native annual, common in cultivated ground throughout the UK.  The flowers which are solitary in the leaf axils are are about 2–3mm (0.08–1.2in) across with four dark striped pale white–blue petals and four shorter green sepals and can be seen from March to June possibly through to August.  The flowers mature to a glabrous seed capsule containing two seeds and like other Speedwells they have an oily part which attracts ants to spread the seed.  Stems are limp and hairy whilst the opposite palmately veined leaves are ivy–shaped, thick and hairy.

Two sub–species occur, V. hederifolia lucorum with smaller lilac flowers usually found in gardens and shady places and, V. hederifolia hederifolia with larger blue flowers found in cultivated fields and roadsides.  A weed of arable crops, in winter wheat Ivy–leaved Speedwell thrives with early applications of nitrogen fertilizer, germinating primarily in autumn–winter.  They grow to between 10–40cm (4–16in) in height.