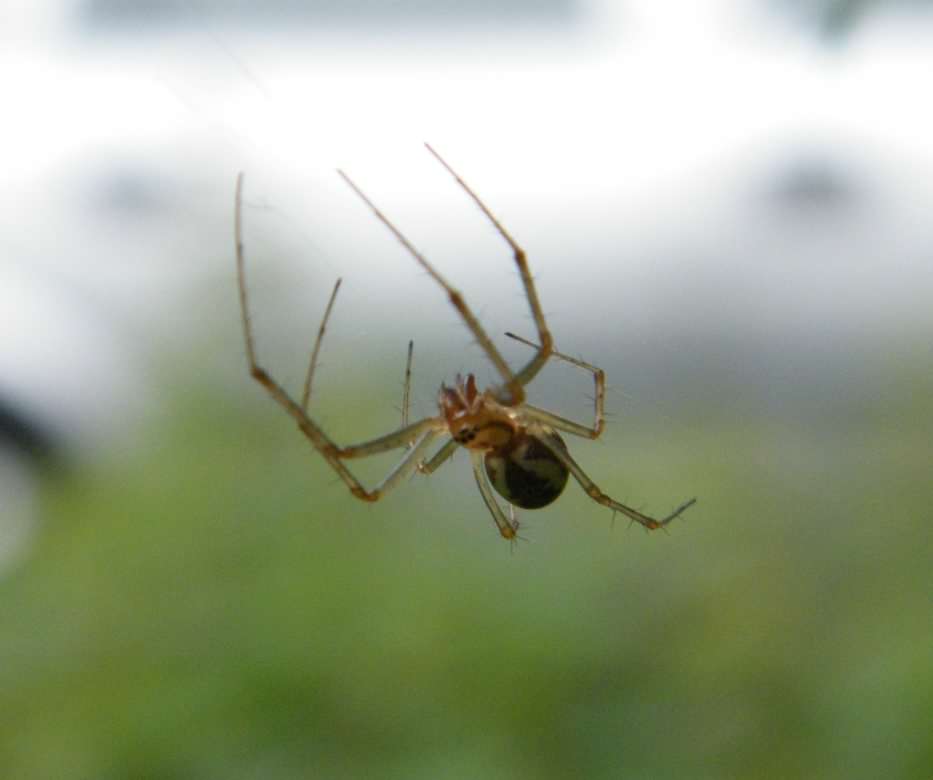 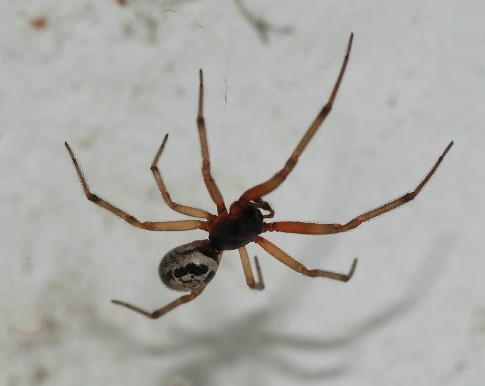 A relatively new and established species to the southern UK, it is apparently increasing its range further north due to mild winters, also found in Western Europe.  They can be found year round, indoors and outside inhabiting grasslands, urbanised areas, gardens, parks, fences, shed and ivy growths.  It is a reasonably large sexually dimorphic species with males 7–12mm (0.27–0.5in) and the females upto 15mm (0.6in) in size and more bulbous, with a leg length of around 25mm (1in) in both sexes. „It is a venomous species that imobilises its prey by wrapping in silk and then biting it which injects the venom to paralyse it and pre–digest it.

They prey on insects and other spiders, woodlice, being able to safely capture prey that are often times much larger or stronger than themselves, conversely False Widow spiders are also preyed upon by spiders.  Like many other spiders they construct a web for prey capture, picking up vibrations in the web when a prey becomes entangled.  After mating the female produces an egg sac with around 100 eggs, with spiderlings emerging after hatching and their first moult, ready to capture and consume small live prey.  Adults have a lifespan of up to five years.  The False Widow Spider can bite humans and that bite is not usually felt, it is the venom that causes the pain likened to that of a wasp sting.  Unfortunately this venomous nature has let to the False Widow Spider being sensationalised in UK newspaper articles.