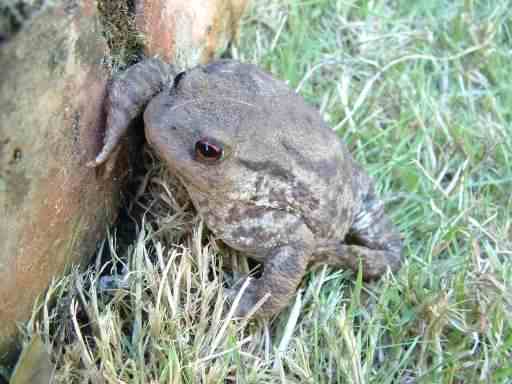 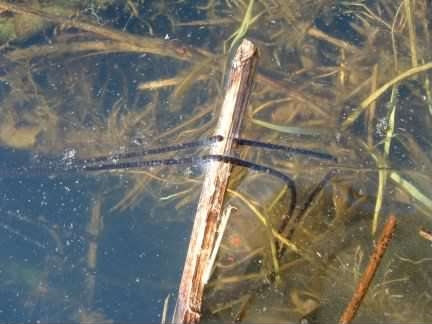 The Common Toad is widespread throughout the whole of Europe and Asia, abundant everywhere except Ireland, it will be found in woods, fields, gardens, and any dark moist areas.  Outside of the breeding season it can be found in drier areas.  A nocturnal animal eating insects, worms, molluscs and occasionally small amphibians.  It hibernates over winter in small dry holes and under logs and stones.

After mating the female lays two strings of 1000–6000 eggs underwater which are entwined around aquatic plants by both parents.  Tadpoles hatch in about twelve days and metamorphose after a further 70–90 days, the young then leave the water.  They grow slowly becoming adult in about five years, with a life span of up to 40 years.  Dark brown in colour with a rough warty textured skin.

Common Toads often live in the same water as the Common Frog and are often confused with them.  At 8–12cm (3–5in) the toad is larger than the frog (6–9cm, 2.5–3.5in) which prefers to hop whereas the toad generally walks.